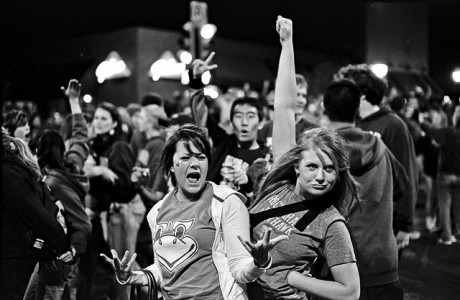 The much-talked-about rankings are featured in the magazine’s October 2014 college issue (on newsstands and iPlayboy.comFriday, September 19). This is the ninth time Playboy has published its party school rankings, and the first time the Ivy League institution has made the list.

The following schools have earned a spot on Playboy’s 2014 Top 10 Party Schools list:

This year’s list was determined by Playboy‘s editors who considered a variety of factors in their selection process, including access to nightlife and musical events, and creativity when planning social gatherings.  Information from the National Center for Education Statistics, the NCAA, and the US Economic Census was also considered.

In addition to its Top 10 rankings, Playboy also honored Vassar College for having the “Coolest Indie Music Scene” and Oberlin College for being the “Sexiest Small School.”

Playboy last published its Top Party Schools list in its October 2013 issue with West Virginia University crowned as number one. The magazine’s first list, Top 40 Party Colleges, appeared in its January 1987 issue with California State University-Chico taking the top spot. Party school rankings have also appeared in the magazine’s November 2002, May 2006, May 2009, May 2010, May 2011, and October 2012 issues.