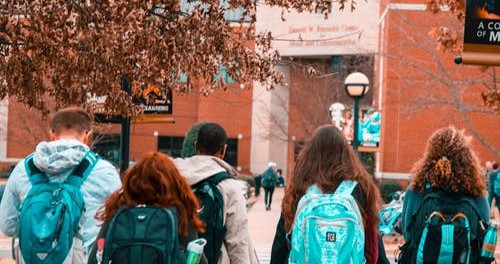 The international enrollment in US universities has been declining over the last two years. The number has gone down by 7% in 2017, which cost the country’s economy about $42 billion. President Trump’s policies and racism are cited as the main causes for the situation. This begs to wonder whether it will reverse, come the next election.

Why Fewer International Students Are Coming to US Universities?

Despite the situation, the US remains the world’s leader in having the highest number of international students. However, the changes over the last two years have been significant enough to become a major concern for the economy. As the student loan debt in the US is over $1.3 trillion, the importance of international transfers for the education market cannot be overlooked.

Yet, anti-immigration policies and overall political environment in the country currently serve as a big deterrent to those who might consider getting education in the US. The biggest problem is the extremely complex visa application process. However, while Trump’s Administration policies are a point of contention for many, they aren’t the only reason behind this situation.

Racism remains a big issue for potential international students. Recently, even Harvard, one of the premier universities in the world, has been accused of racist admission policies (BBC). However, the school claimed their admission policies are fair and that all applicants are selected based on a completely unbiased process.

The application process complexity is also a factor for students who think about enrolling in American universities. It is possible that incorrect or poor-quality applications are partially responsible for the drop in international enrollments. A reputed educational consultant Forward Pathway highlights the importance of personalized applications for admittance to American colleges. The competition rate is rather high there, so making an application that will stand out is a challenge by default. It’s even harder for a person who has yet to master English perfectly.

The cost of higher education in the US is another reason for this drop in the international students’ enrollment. According to reports, tuition costs have grown by over 200% over the last 20 years. This added to the rising living costs makes the overall experience prohibitively expensive for many interested candidates.

Can the US Increase the International Enrollment?

Whether it’s possible for the US to reverse the trend started about two years ago remains unclear. At the moment, this seems implausible as it will require many extreme changes in the educational system. This is also a matter of politics, which cannot be resolved fast.

Today the US mostly relies on Chinese students to keep their international enrollment market going. However, with the ‘trade war’ and steadily increasing political tension between the US and China, this situation can change drastically.

Should America lose Chinese students now, the blow to the education market and economy as a whole will be extreme. Therefore, ensuring favorable conditions for the students regardless of trade deals seems to be the wisest course of action.

China also benefits greatly from its students getting education in the US. In 2017, a record number of overseas students returned to the country bringing valuable talent. As the job market in China is growing rapidly, the advantage of overseas education becomes more valuable. Young professionals strive to have this experience on their resume as it makes it more competitive. Therefore, America has a good chance to not only retain but increase the number of foreign enrollments. However, achieving this will require some major policy changes.