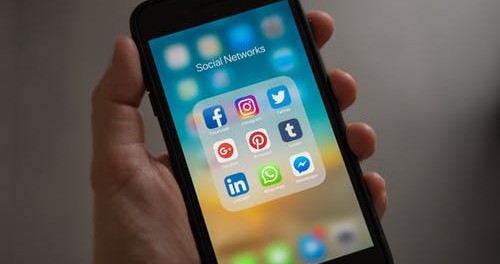 Social media has become ever popular and is the place for sharing memes and posts each day. Unfortunately, what users post on their social media accounts could present them with a serious issue. Reviewing whether or not social media posts can be used as evidence in court helps users determine what they should post on their accounts.

Incriminating evidence in divorce cases could include anything from defamatory comments about an ex or more serious allegations made public. Evidence of infidelity on social media can be used against a spouse, too. Any public posts that are accessible by anyone can be used against anyone in a divorce case if they substantiate a claim. For example, if a spouse has been making threats through social media posts, the court can use these posts to warrant the need for a protective order. When filing for a divorce, spouses who need to find the dirt against the defendant can get help from johncutterinvestigations.com now.

Creating a Time Line for a Criminal Offense

Creating a timeline for a criminal offense shows when the crime was committed, and it could determine if the accused was guilty. Tracking social media posts could present some evidence that dismisses a claim by showing that the accused wasn’t anywhere near the victim or the location where the crime took place. However, in some cases, social media posts can shed a negative light on the individual and indicate guilt. For example, in cases such as the trial of Casey Anthony, social media posts were used against her to show her actions while her child was missing.

How Does Discovery Work With Social Media Posts?

Discovery enables investigators to find access points where they can get information about a subject. By law, private investigators cannot sign into a user’s social media account without a court order or without permission from the owner. However, according to the terms and conditions, users who add individuals to their friends lists are giving the friends lawful access to the content on the social media profile. It is not against the law to review the social media account after receiving permission from a friend. The investigator can review the account through the friend’s account with the friend’s permission. However, the FBI doesn’t need permission from anyone if they have probable cause.

Should You Delete Posts During a Trial?

Deleting posts during a trial makes a defendant appear guilty, and in all honesty, it doesn’t make the posts go away permanently. IT specialists who work with investigators to recover any posts that were deleted from the social media account.

Obtaining a court order gives investigators the right to seize all devices that were used to access the social media account. The defendant must provide passwords for the accounts and other login credentials. Investigators can extract any information that is relevant to the case from social media accounts. The evidence can be used to prove guilt in a criminal or civil case.

Social media profiles are used each day by millions of users throughout the world. The profiles are a place where users can complain about their lives and get support when they need it. Unfortunately, how some users choose to vent could become evidence in a court case against them. Reviewing how social media posts can hurt users helps them determine what they should never post on their profiles.