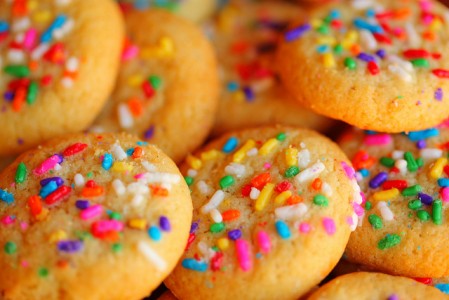 A petition to compel food manufacturers to spell out the type of sweeteners they add to products was filed with the Food & Drug Administration by Citizens for Health (CFH), one of the nation’s oldest consumer action groups.

CFH asserts that the FDA’s proposed new labeling rules will fail to fully inform consumers and may actually make it difficult to discern between natural sugar and other caloric sweeteners including high fructose corn syrup.

In explaining the petition, Jim Turner, Board Chair of CFH, said that their aim was to make sure people know what they are consuming.

“The CFH petition simply seeks transparency regarding what food products contain because U.S. consumers want and need this information to make healthy choices,” he said. “Consumers have a right to know what goes into their bodies and it’s consistent with the FDA’s mandate to compel food manufacturers to provide the public accurate label information.”

As drafted, the FDA’s current label reform proposal groups various sugars and nutritive sweeteners under the broad category of “Added Sugars.”  These sugars and caloric sweeteners include some familiar names, like brown sugar and honey, but also the man-made sweetener high fructose corn syrup (HFCS).

Requiring enhanced labeling detail would mean that each distinct sugar and caloric sweetener used would be listed separately in the Nutrition Facts label. If a product is sweetened with HFCS, the CFH Petition calls for the percentage of fructose it contains to be listed as well.

Turner points out that, “Currently the FDA only approves the use of HFCS with a maximum of 55% fructose.”

“There have been reports of food and beverage manufacturers using HFCS with as much as 90% fructose, which is not general recognized as safe by the FDA. Studies of food and soft drinks from the grocery shelves have found many contain well over 55% fructose.”