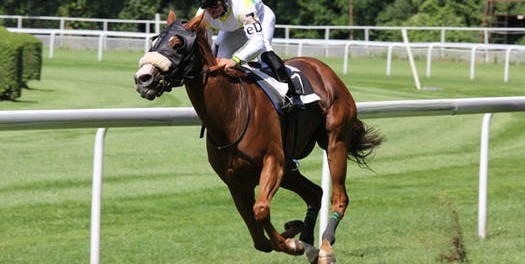 Fans of horse racing will be aware of how important landing singles are and their NAP is like a prized possession. When it comes to betting on horse racing, a NAP is the one horse from the day’s action that the tipster sees as being the most likely to win their respective race. Although it’s the strongest and most advised horse racing tip to get behind, it also needs to be a nag that’s extremely likely to finish  first.

Tracking down your own daily naps takes a lot of research, calculation and knowledge of horse racing, so it’s not the sort of thing you blindly pull out of thin air. Looking for horses you can class as your own NAP tips can be exciting but for those who’d rather follow an experienced tipster, The Winners Enclosure offer out their own Nap Of The Day, with a page devoted to offering out a horse tip every day of the  week.

What is a horse racing  NAP?

Primarily used as a way of proving a tipster’s quality, the horse racing NAP is the one horse from the day’s racing action which is seen as being the most likely to win. It doesn’t matter how strong or weak the odds are, as long as it wins, showing that the person who predicted that outcome was  correct.

The term NAP comes from a French card game called Napoleon, where the strongest hand was also called a Napoleon, eventually shortened to Nap in order to marginally speed up the game. Sometimes the odds will be under 1/2 for a punter’s chosen nap to land but it’s not always about the potential returns, with it sometimes just being a method of showing how good a tipster is. If it lands then the person who backed it clearly knows their stuff but if it doesn’t, it says a lot about the person who recommended  it.

Building your own NAP  tips

Before backing a horse that you think is a strong enough tip for your own NAP, it’s best to conduct your own research. This could be done by looking at past results of the horse in question and determining if it’s the most capable candidate for winning the race you’re betting  on.

Current form and past results in similar races should be enough to accurately work out its chances, but obviously no bet is ever set in stone, so you can only do so much planning before backing your bet. Betting responsibly is advised and it’s something that needs to be remembered even more when it comes to NAPs, as the odds tend to be much lower, encouraging punters to wager a larger  stake.