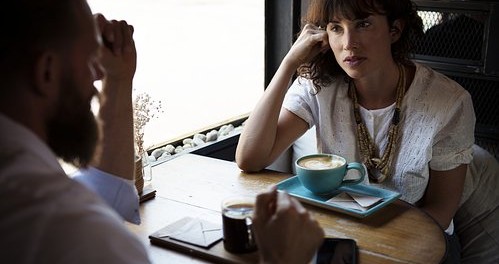 Do you ever feel as though you’re talking…but you’re not really being  heard?

Welcome to interpersonal communications 21st Century style, the age of social media that’s marked by polarization, fake news and the amplification effect (for better or worse). And that’s just for  starters.

Discourse is not so civil these days, especially over today’s burgeoning social media channels. There’s no reason, though, for our face-to-face interactions to similarly devolve, and the first step to staving off that risk is to start listening. You don’t even have to agree with what the other guy is  saying.

“You don’t have to always agree with others, but real communications is all about being engaged. And a big part of engaging is listening,” says David Cunningham, a leader with the Landmark  Forum.

There’s actually an art to listening, but how most people see it falls short. They think it’s all about not talking when others are speaking. Or signaling their attention through facial expressions and sounds of agreement. Or being able to repeat – practically verbatim – what’s been  said.

They identified four particular behaviors that suggest good leaders are like “trampolines.” Rather than absorbing your ideas and energy, they said, they amplify, energize and clarify it. That active support, according to Zenger and Folkman, “lets you gain energy and height, just like someone jumping on a trampoline.” And it comes through  listening.

It’s all too common, though for people to think of a conversation as something of a competitive sport. As Inc. columnist Minda Zetlin puts it: “…the person who says the most, makes the cleverest point, persuades others of an opinion, or even speaks the longest and loudest is the  winner.”

But the one who listens the most actually benefits the most. From a purely pragmatic perspective, Zetlin notes, the more you listen, the less you’ll be likely to say something dumb. Plus, when you consider that knowledge is power, who’s gaining the most by keeping their mouth shut and inadvertently giving both  away?

Ultimately, the Landmark Forum’s Cunningham says, the best listeners will gain respect by according  it.

“It’s important to acknowledge what others say, even when you don’t share their opinions. Thanking them for sharing despite your disagreement shows your respect and, in return, earn you  theirs.”