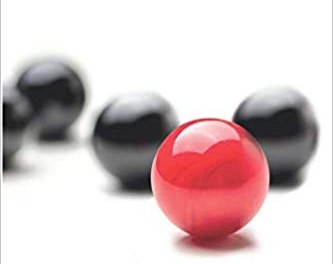 I had the chance to chat with entrepreneurship experts Michael G. Goldsby and Rob Mathews, authors of ‘Entrepreneurship the Disney Way (Routledge, November, 2018)’ about the remarkable run of the Walt Disney Company, and why even today it remained so closely tied to the initial values and mission set forth by its founder, Walt Disney.

Can you talk about why you chose to focus on Disney? 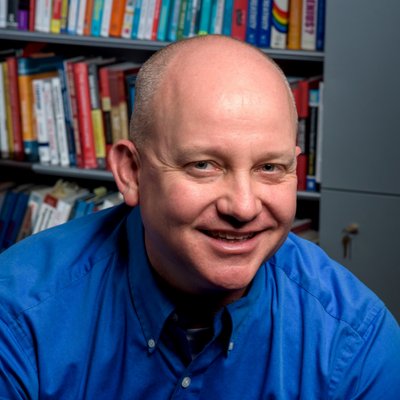 Rob Mathews: Writing is all about passion. If you are passionate about a topic, not only is it much easier to write about, but the end product will be much more beneficial to readers. My passion stems from personal experience. I went to Walt Disney World a few times as a child and then as a young adult, but my obsession with the company’s parks and resorts really intensified the last fifteen years. I have always been a weird consumer in that I analyze businesses while experiencing them. Because of this, Walt Disney World captivated me from an early age. As I moved into adulthood, I became more and more interested in the business model of both the parks and resorts and the company as a whole. We [coauthor Mike Goldsby and myself] have developed friendships with cast members and affiliates. You learn little tidbits about the uniqueness of the company from each of them, but beyond that, you learn that Disney hires good people who are fun to be around. When you acquire a deep understanding about a subject, or in this case a positive company culture (particularly of an iconic organization like Disney) you want to share it with the world.

Michael G. Goldsby: My two main interests are creativity and business. No company better mixes those two areas than the Walt Disney Company. More specifically, the life story of Walt Disney is fascinating. Rising from humble beginnings as a midwestern farm boy and taking the risk to move to Hollywood and start a movie company with his brother, Roy, is so inspiring. So few people are actually willing to move to where they think their opportunity is. But that was Walt’s life philosophy. He was always asking himself, “What’s next?” The more you learn about Walt Disney and his company, the more amazed you are. It’s a one-of-a-kind story, and I enjoyed the process of looking deeply into it.

Why was Walt Disney such a successful CEO?

RM: Interestingly, Walt was never technically the “CEO” of the Walt Disney Company. Nonetheless, I’d first continue with the passion theme. Walt was a very passionate idea and concept man. He was incredibly imaginative about cartoon making, themed entertainment, and movie creation. He believed he had ideas about better ways to entertain people. He became passionate about those ideas, and worked diligently until he mastered them. Second, Walt had incredible grit. He was able to persist with his greatest ventures: cartoons that had depth due to the multi-plane camera, Snow White (the first full-feature animated film), and his concept of Disneyland (a premium, immersive theme park experience). Through his life and in these ventures, he encountered incredible setbacks that would have completely stifled the average entrepreneur, but not Walt. He was on a mission. Third, his brother, Roy O. Disney, became a critical complement to Walt’s idea-and concept-driven approach. Roy was the numbers guy, and found ways to bring Walt’s ambitious projects to life. He accomplished this by giving Walt the financial and other boundaries to work within.

MG: Walt was such a successful executive because he was willing to commit himself fully to the projects the company undertook. Once Walt started a project, he was focused on not only making it a reality, but the best it could be. He had a great appreciation for his audience, and he made sure that everyone who worked for him adhered to that ethic. But as they followed through on the projects, he also inspired them to do their best work. A major way he did this was by using aspirational language. Walt was always talking about the future. He painted an optimistic vision of where his company and his fans could go. As a result, people followed him en masse, making those dreams come true. Very few executives master vision-setting and implementation like Walt did.

What leadership lessons can we all learn from Walt Disney?

RM: I’d say Walt was so successful because he was good at fulfilling each of the different entrepreneurial leader styles (artist, scientist, builder, and evangelist) we outline in the book and in our assessment tool, the Entrepreneurial Leadership Instrument (www.ELProfile.com). We match those four styles with the four distinct eras of the original Walt Disney Company and its subsidiaries, demonstrating that Walt was an alpha entrepreneur who excelled at all four styles. Having said that, he also seemed to intuitively build teams around him that covered each of these styles and venture needs areas, because at his core, Walt was an artist and scientist.

MG: Walt Disney demonstrates the power that an executive has on a company. He took his employees on journeys they couldn’t even imagine. One of his longtime animators said that Walt was usually way ahead of them, and they were always amazed by where his instincts were going. He demonstrated that when fully committed and willing to work as hard or harder than anyone else in the company, your people will respond. Walt paid a significant personal and financial price for his company, but that’s also what made him a legend. How many people can say they worked for a legend?

Plenty of legacy companies have risen and fallen. Disney seems to be thriving. Can you talk about why?

RM: Three things: The mission is simple, the company connects with people and their emotions, and company continues to evolve. The one constant has always been the timeless simplicity of the mission of the company (to be the best in entertainment) and the parks and resorts division (we create happiness). Those distilled purpose statements resonate across generations, get to the heart of the human condition, and are deeply tied to every person and role in the company. For a period of time, after Walt’s death (1966) and the opening of Walt Disney World (1971), the last two got complicated. The company went somewhat stagnant until 1984, when the board hired Michael Eisner as CEO. While the company still connected well with the consumer, it was slowly losing its innovative edge and becoming a corporate raider (leveraged buyout) target because of the value of its individual assets and intellectual properties. Eisner was the best of both worlds: he brought in aggressive new ideas with his artist talents and also paid extreme homage to Walt’s legacy and values. Bob Iger too has shown reverence for Walt’s traditions, but he has also used his builder talents to create impressive efficiencies and growth. Finally, Disney does a great job of staying ahead of the ever-changing marketplace with acquisitions (Pixar, Marvel, and Lucasfilm) and innovation and advanced technologies, such as new online content delivery platforms and phone applications.

MG: The company honors the memory of Walt Disney every day. They still follow the philosophy he set in place, and many people who worked for him established practices still used today. Decisions are not made by answering the question, “What would Walt do?” but rather, “Would Walt approve?” Thus, Walt’s example still guides the company. Also, the Walt Disney Company is willing to make investments in innovation and new markets that keep it relevant and competitive for the long term. Their R&D division, creative teams, and savvy business leaders work together to create the highest quality products and services in the entertainment industry. And they are committed to maintaining the same standard Walt Disney put in place many years ago.