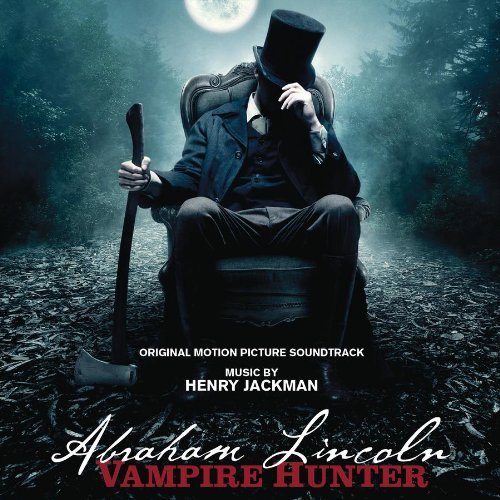 I did a book review of Abraham Lincoln: Vampire Hunter a month ago. And I liked it, all things considered. So when my husband and I went to see the movie last night, I went with great anticipation.

First, since the movie is rated R, and I rarely watch R movies, I expected a good deal of violence, but was somewhat startled by the gratuitous nudity that was completely uncalled for, and I do mean gratuitous, in every definition of the word. Luckily, it was one brief scene near the beginning of the movie, and we were done with that. Thank goodness.

Now to the actual review of our 16th president being a vampire hunter. I cannot begin to tell you how much this idea thrilled my husband, and Benjamin Walker did not disappoint. Abraham Lincoln (Benjamin Walker) grows to adulthood with a mean grudge against the man, nee’ vampire, who killed his mother. On his first try to kill the vampire, he meets Henry Sturgess (Dominic Cooper, Mama Mia), the vampire who will train him to become one of the most prolific vampire hunters in history. Yes, the obvious irony isn’t lost on me.

The screenwriter and director played fast and loose with the actual story in the book, nonetheless, it was filled with cinematic wonder, enough blood to satisfy my husband, and some wonderful ax work by Lincoln. The relationship between Lincoln and Sturgess, so well-developed in the book, remains somewhat surface in the movie. But I realize this was an “action movie” so I guess I can let that go.

Fast paced, which the book was not, Abraham Lincoln: Vampire Hunter takes us through Lincoln’s journey in a battle against the world’s oldest vampire, Adam (Rufus Sewell.) As time goes on, he becomes a prolific, not to mention legendary, vampire hunter. The story leads up to the Civil War, which takes on a whole new twist in Seth Grahame-Smith’s mind, and the fight for the soul of our nation.

Lincoln’s famous speeches are eloquently conveyed throughout the movie, but with the threat being vampires seeking their own nation, our nation, Lincoln’s desire to save America is taken to a whole new level. Again, the obvious irony wasn’t lost on me, not at all.

I loved the movie, and the fight scenes were awesome, but I’m only giving it 3 out of 5 stars, because they didn’t seal the deal! At the end of the book, there is the surprise ending of all surprise endings. I kept it to myself, after reading the book, just waiting for that moment in the movie so I could see my husband’s face. AND, they left it out! Seriously, whose bright idea was that! I knocked two points off the review just for that!

So go to the movie, enjoy the amazing fight scenes of our 16th president and the way he makes his axe sing; and if you’re a historian, you’ll enjoy the twists Grahame-Smith makes as we look at Abraham Lincoln in a whole new way!

SPOILER ALERT: I have to tell someone, it’s killing me. The book ends with the assassination of Abraham Lincoln at Ford Theater. And, oh yeah, Grahame-Smith made John Wilkes Booth a disgruntled vampire. But it doesn’t end there, not really. It ends in modern times, with two vampires standing at the foot of the Lincoln Monument. One is Henry Sturgess, and the other …