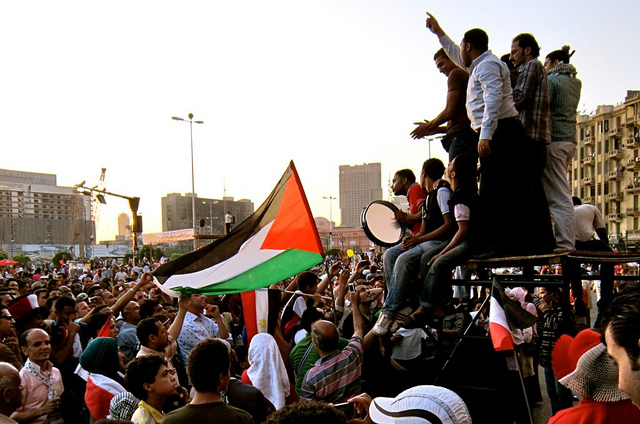 As Palestinians learn again the consequences of poking a stick into an Israeli beehive, their leaders seem to place the blame for the stings everywhere but where it should rightfully fall.

As usual, whenever Israel responds to unprovoked attacks, it is portrayed by the Palestinian leadership and a gullible media, not as the victim but as the neighborhood bully.

This time, Hamas leaders are also directing blame at Arab countries refusing to jump on the Palestinian bandwagon in criticizing Israel. The response from the Arab Bloc has been anything but enthusiastic for the Palestinians. In fact, it was the U.N. and not the Arab nations to first initiate an effort to resolve hostilities in Gaza. It may well be that the Arab states are growing tired of the constant instability Hamas brings to the region—especially at a time Arab leaders fear the growing fallout created by the Arab Spring.

Arab resentment against Hamas may have reached the point that the destruction of the group by Israel is seen as benefitting the entire region.

But it does cause one to wonder whether the 1.8 million Palestinians realize that the real problem lies with their inability to bring the right leaders to the fore. Leaders who actually care for their people.

If one looks back on their plight, the Palestinians have primarily been led for nearly a century by three influential leaders—all of whom had the opportunity, but no inclination, to provide them with a home.

First up to bat was Jerusalem Mufti Hajj Amin Husseini who, between 1921-1948, could have established a significant part of British-mandated Palestine as their home. But his abhorrence toward peace with Israel was reflected by remarks he broadcast about Jews as part of the Nazi propaganda machine in Berlin. He condemned a Zionist settlement in Palestine as Jews either languished in slave labor camps or waited to die in the gas chambers. On November 3, 1943, he stated:

“Should we not curse the time that has allowed this low race to realize their desires from such countries as Britain, America, and Russia? The Jews kindled this war in the interests of Zionism …the world will never be at peace until the Jewish race is exterminated. Otherwise wars will always exist. The Jews are the germs, which have caused all the trouble in the world.”

The next leader up to bat was Yasser Arafat, wielding power from the mid-1960s until his death in 2004. As scholar Efraim Karsh noted, had Arafat mapped out “the path to peace and reconciliation” instead of turning it “into one of the most murderous and kleptocratic terrorist organizations in modern times, a Palestinian state could have been established on numerous occasions: In the late 1960s or the early 1970s; in 1979, as a corollary to the Egyptian-Israeli peace treaty; in May 1999, as part of the Oslo process; or more recently at the Camp David summit of July 2000.”

Moving on to Arafat’s successor as PLO chairman and PA president, Mahmoud Abbas, Karsh suggested had he “abandoned his predecessors’ rejectionist path, a Palestinian state could have been established after the Annapolis summit of November 2007, or in June 2009, during President Obama’s first term when Benjamin Netanyahu broke with the longstanding Likud precept by publicly accepting the two-state solution and agreeing to the establishment of a Palestinian state.”

Money: Root of All Evil

Efraim Karsh explained that it all comes down to money.

When Arafat died, it is estimated his accounts totaled billions of dollars, which only his widow could access. In consideration for turning over the funds, she now allegedly receives millions of dollars annually from the PA. Meanwhile, the Palestinian people continue to live in squalor.

One member of the Palestinian hierarchy, Khaled Mashaal, is estimated now to have $2.6 billion under family control. Abbas is alleged to have embezzled at least $100 million. Despite this, government salaries go unpaid for lack of cash and U.S. Secretary of State John Kerry announced a $47 million humanitarian aid package for Gaza.

The Palestinian leadership recognizes its own gravy train runs on the fuel of anti-Semitism—a train which would completely stop if peace with Israel were achieved.

Author Liel Leibovitz reported the 18 tunnels—used to smuggle weapons into Gaza and conduct terrorist attacks on Israel—thus far discovered by Israeli forces in Gaza required 800,000 tons of concrete to construct. “Urban leaders are measured not by what they say but what they build,” he noted, yet “Hamas, almost exclusively, chose to build tunnels, bunkers, and launching pads for missiles.”

Tragically, all tall that concrete could have gone into building an impressive city complete with schools, hospitals, sport centers, etc

It is difficult to feel sorry for a Palestinian people having the power to demand their leadership to act responsibly—yet failing to do so—but instead continue hating Jews and wallowing in the destruction of their dreams by leaders who continue to live theirs.