New research by a neuroscientist has found that lab animals self-dosing on High Fructose Corn Syrup (HFCS), the industrial sweetener used in hundreds of grocery store products, followed the same pattern of behavior as those that were self-dosing on cocaine.

Addiction expert, Dr. Francesco Leri, an Associate Professor of Neuroscience and Applied Cognitive Science at the University of Guelph in Ontario, Canada, presented his findings to the Canadian Association for Neuroscience on May 23 that showed how High Fructose Corn Syrup caused behavioral reactions in rats similar to those produced by addictive drugs. He concluded that, “Addiction to unhealthy foods could help explain the global obesity epidemic.”

In Dr. Leri’s tests, the lab animals could press a lever and receive as many doses of HFCS as they wanted. He discovered that the more he increased the sweetness concentration of the HFCS, the more the subjects worked to obtain it.

“As you increase the percentage (of HFCS), the animals work harder and harder for each infusion,” said Dr. Leri.  “There is now convincing neurobiological and behavioral evidence indicating that addiction to food is possible.” 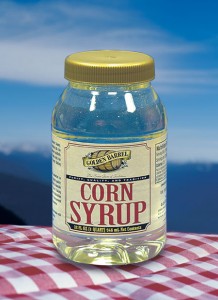 Currently the US Food and Drug Administration’s legal limit on the fructose content of HFCS is 55 percent, but recent studies have shown fructose levels in popular soft drink brands exceed the legal amount. The Corn Refiners Association, which represents the producers of HFCS, has acknowledged that a version of HFCS with 90 percent fructose has been in use for decades, even though it has never been tested for safety or approved by the FDA.

Consumer rights groups are rallying to protest, including Citizens for Health, which has produced a video to educate families, and has filed an FDA petition that calls for the disclosure of exact fructose concentrations of HFCS on food packages and stops food makers from using non-approved HFCS concentrations.  Consumers are encouraged to voice their opinions on the organization’s website.