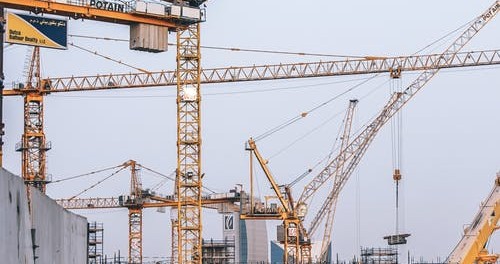 Everyone knows how dangerous working in the construction industry can be. In fact, in 2016, there were 991 reported construction accidents that wound up being fatal.

Since construction workers are always working with and around heavy machinery and equipment, the above numbers aren’t entirely surprising.

While all types of heavy equipment used for construction are considered dangerous to some degree, it’s not just the machinery itself that poses a risk to workers, along with the public. Other factors that play a role in these accidents include lack of training, improper handling, and the inadequate use of proper safety protocols.

There are also some pieces of equipment that are considered more dangerous than others. Keep reading to learn what those items are.

While this may seem somewhat basic, a ladder is an extremely dangerous piece of equipment. In fact, falls from ladders account for 15 percent of all occupational deaths.

Don’t let the simplicity of this tool be misleading, serious ladder accidents happen all the time. Using it at the workplace can pose several hazards, with falling from significant heights being the biggest risk.

Cranes are also considered extremely dangerous machinery when used on construction sites. In fact, it has been ranked as the most dangerous piece of equipment for the past 20 years.

Some may believe that a crane would only pose danger to construction workers who are involved in the direct handling of the machine. However, the truth of the matter is, the crane’s imbalance, and the risk of falling loads, or even the complete collapse of the machine, are issues that are considered public hazards.

The average bulldozer weighs (on average) 49 tons. Due to this significant weight, this machine is very often involved with construction site fatalities.

There are several ways that bulldozers may cause injuries and fatalities. People may become trapped under them, or inside them. Individuals may also be crushed by a bulldozer if it happens to roll over. Bystanders and other workers may also be run over by bulldozers if they get in the way.

According to OSHA, the majority of injuries on a construction site are caused by a struck-by injury. The unintended or ill-timed movement of heavy machinery, such as with the body of a dump truck, can result in injuries to bystanders or workers. However, that isn’t the only way that dump trucks may be dangerous.

A dump truck has to be raised of position to unload all the contents using hydraulic or air hoses. A mechanical or electrical fault in this machine may result in the dump truck’s body losing the elevated position. This can cause harm to anyone who is in the way or who is trying to fix the issue.

Due to the high level of risk at any construction site, there’s a serious possibility of injuries. If a construction foreman or manager wants to help keep workers safe, they need to implement the use of safety equipment and ensure everyone on-site is properly trained. This is the best way to prevent injuries and fatalities.

Being informed and aware of the risks can also help to prevent injuries. Be sure to learn more about the hazards to protect workers.