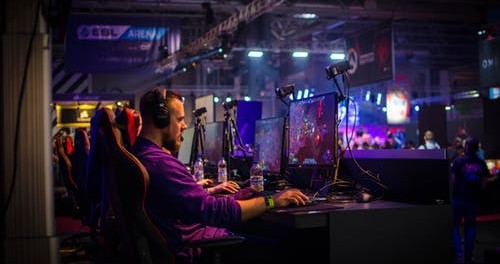 You’re a gamer or not; it doesn’t matter. Approximately everyone has heard about World of Warcraft at once in their life. Released by Blizzard Entertainment, World of Warcraft successfully made its debut several years ago back in the year 2004. Since then, it had several expansion packs, an ever-growing and changing world and millions of subscribers. Undoubtedly, it serves as one of the best MMORPG games nowadays. Before moving forward, you should know what is WoW and what amazing features it offers. World of Warcraft is an MMORPG video game serves as the fourth major release in the series and take place in the Warcraft fantasy-themed universe. In other words, it takes place within the Warcraft world, known as Azeroth, continuing the struggle four years after the events of the previous title. Currently, it has seven major expansion packs, such as:

By the player count in 2009, it was the world’s most prominent MMORPG video game. Over a hundred millions players from all over the world were registered their accounts, which caused the popularity of the game without any doubt. It is also considered as one of the highest-grossing game franchise of all the time.

World of Warcraft has introduced a Free Starter Edition for those players who are new to this game. The players can experience the addictive gameplay with up to level 20 without any difficulty and time restrictions thanks to its free edition for which you just need to create an account on Battle.net. The new players can experience the authentic taste of what’s to release for WoW. In simple words, players have countless content to enjoy for free, but it’s still a mere fraction of the whole land as compared to when players try to purchase it paid version.

We’re not talking about the pay-to-win model or a freemium version, which several titles make use of nowadays. In short, new players won’t feel cheated or disadvantaged. All players know that they should take some steps to advance through the game. The free version is designed to provide you with satisfied gameplay and also make your potential customers who are looking for more.

The game entered the arena with a fantasy land that was friendly to most players. It was a bit lenient and basically easier. It had featured some penalties, which means, if you die in the fantasy world, you merely had to restart from the nearest place as a ghost and attempt to find a way back to your body to respawn. While playing the game, you have a chance to use a set of items available at your disposal and can upgrade them using the in-game currency, which is WoW Gold, and you need to do bit hard word to obtain or can purchase them using the real money to upgrade your tools and further items.

Introducing an Evolving World for both New and Hardcore Players

With over ten years, World of Warcraft is continuously evolving the world to welcome all types of players either they are new or expert. In simple words, the developers try their best to look after approximately everyone: