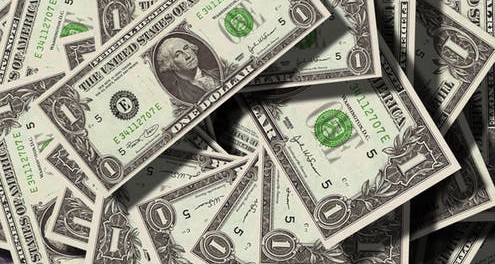 According to the April 2018 publication of the Migration and Development Brief, a World Bank sponsored report, worldwide remittances reached $613 billion in 2017. In addition to being a new record, this figure is an important landmark for the global economy and a strong indicator of the shape of things to  come.

A large growth was recorded in remittances sent to low- and middle-income countries (LMICs), with 2017 aggregates rising to $466 billion. Analysts expect this trend to continue in 2018, with this year’s total expected to reach $485 billion. The brief reports that these trends have been riding the crest of positive developments in the forex markets such as the strengthening of the Euro and Ruble, and the recent evolution of oil prices. However, long term risks remain. The adoption of more restrictive immigration policies in some of the developed countries may be negative indicators. There is also the possibility that stricter banking norms and money transfer requirements may have an impact on the cost of sending remittances, which have remained stable but high for some  time.

Cryptocurrencies powered by blockchain technologies are expected to play a larger role in the transfer of remittances in future. Blockchain users are able to bypass or mitigate some of the costs related to currency conversion and transfer through commercial banking channels. Remittances through cryptocurrencies can potentially also be processed faster due to fewer steps and agencies involved. The structure and design of cryptocurrencies thus makes them suitable instruments for international money transfers for some types of  stakeholders.

The growth in remittances has been driven by migration. The rise in remittances is one of many positive indicators of economic development as a result of migration. This has long been recognized as a matter of global economic significance at the UN. In 2006 UN member states formed a Global Forum on Migration and Development (GFMD) to address migration in practical and action-oriented ways. The GFMD is an informal, voluntary and government-led process which originated primarily from the recognition of a strong link between migration and  development.

For decades there have been issues with international migration. Prime among these is the undocumented cross border movement of unskilled or poorly skilled workers which often occurs under hazardous circumstances. The first truly international effort to address issues related to migration and refugees was undertaken by a compilation of heads of state and government at the UN General Assembly in September 2016. Under the auspices of the UN, with the objective of promoting safe, orderly, and regular migration, more than 200 nations are currently in the process of negotiating an agreement that has been named the Global Compact on Migration (GCM). The UN General Assembly is expected to hold an intergovernmental conference in December 2018 with a view to adopting the  GCM.

Adoption of the GCM is expected to make migration easier for skilled workers. Employability in various industry sectors across world regions is expected to become more predictable and streamlined. The terms of employment of overseas workers will also become more standardized, resulting in an improvement in the quality of their lives. All of these changes are expected to result in higher proportions of skilled immigration and a steady rise in the per capita money transfers by  migrants.

According to the World Bank’s Remittance Prices Worldwide Database the cost of sending money to LMICs is currently well above the Sustainable Development Goal of three percent, which is to be achieved before 2030. The disproportionately high cost of sending remittances to some regions are attributed  to:

The Financial Stability Board (FSB) is an international body that monitors and makes recommendations on the global financial system. The FSB presented an action plan to assess and address the issues that contribute to the higher than targeted cost of remittances. We may expect a gradual decline in the cost of sending remittances over the next several years as a result of the implementation of FSB’s  plan.