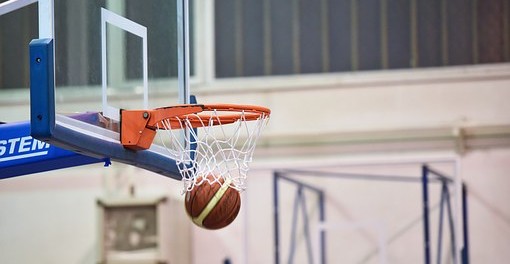 College basketball teams are gearing up for a big year, and the 2019-20 regular season will soon be upon us. Fans across the country are pumped – but there are plenty of lingering questions on everyone’s minds. Will Virginia repeat as a national champion? Who will be the latest Cinderella? Is there a new Zion Williamson this season? Where can I get cheap college basketball tickets? Check out the answers to these questions and more, and get ready for a new season!

Joining the Spartans in the Top-5 are many of the usual suspects. Duke loses superstar Zion Williamson, R.J. Barrett, and Cam Reddish to the NBA. However, head coach Mike Krzyzewski is bringing in another stellar recruiting class that includes 6-10 Vernon Carey Jr., Wendell Moore, and Matthew Hurt. Duke checks in at No. 4 in the first preseason poll.

Kentucky and Kansas man the No. 2 and No. 3 spots, while Louisville, with second-year coach Chris Mack, rounds out the Top 5.

For the past few years, the Big 12 and Big Ten have been loaded with talent. This season though, that all changes. The SEC could have as many as 11 NCAA tournament teams this season. One of the best freshmen in the country, Anthony Edwards, takes his talents to Georgia. As always, Kentucky is a perennial power, and Bruce Pearl is doing great things at Auburn.

Kerry Blackshear Jr. transferred to Florida, and Arkansas hired former Nevada coach Eric Musselman to revive the program. The SEC is deep and talented. If you’re ahead of the game, you’d look for cheap college basketball tickets now to catch any SEC matchup.

Reigning national champion Virginia is ranked 11th in the first preseason poll, as the Cavaliers lost a ton of talent from their roster last season. Head coach Tony Bennett will use the Pack Line defense to once again stay in every game. Most pundits pick Virginia to finish fourth in the ACC. If some young players develop, anything is possible — but the likelihood of a repeat is slim.

Auburn made it to the Final Four last year but almost didn’t get past the first round. New Mexico State, who finished 30-5 last year, returns four starters and gets Johnny McCants back from an injury. The Aggies are deep as head coach Chris Jans used a 14-man rotation last season and NMSU finished 11th in the nation in offensive rating (113.9) and second overall in rebound percentage. This could be the Aggies’ breakout year.

Last year’s national player of the year and No. 1 overall NBA draft pick, Zion Williamson, was an enigma. He was such a special player that there probably won’t be another like him for several years. That said, there are quite a few freshmen that will make an impact this season, including Edwards at Georgia and Memphis center James Wiseman. Don’t expect another Zion, though.

Speaking of Memphis, the Tigers’ darling – Anfernee “Penny” Hardaway – returned last season as the program’s new head coach. Hardaway, whose No. 25 was retired by the university, led the Tigers to a 22-14 record last season. Memphis finished fifth in the AAC and lost in the second round of the NIT. With an outstanding recruiting class that includes the 7-foot Wiseman, Hardaway looks to make Memphis a perennial NCAA tournament contender.

Each year, a number of teams from mid-major conferences let it be known that they can contend with the big boys. This season, the Atlantic 10 will send at least three teams to the NCAA tournament. VCU, which has been to the tourney eight times in the past decade, should be the class of the conference.

Davidson (24-10) returns the A-10 player of the year in Jon Axel Gudmundsson. Dayton went 21-12 last season. Obi Toppin, the conference’s rookie of the year last season, returns as do seniors, Ryan Mikesell and Jalen Crutcher.

8. Player of the Year Candidates

Winston at Michigan State is a favorite to win the Naismith Award, which is given each year to the nation’s top player. He is joined by equally diminutive (5’ 11”) guard Markus Howard of Marquette. Howard hit 40 percent of his 3-point attempts last season and averaged 25 points a game.

A handful of freshmen could contend for the award, as well. Wiseman is on the shortlist, as is North Carolina guard Cole Anthony. Georgia’s Edwards could also make a play for the award with a big season for the Bulldogs.

John Brannen led Northern Kentucky to a 26-9 record last year and a berth in the NCAA tournament. The Norse were eliminated in the first round by Final Four participant Texas Tech, but Brannen’s efforts earned him the head coaching job at Cincinnati. He inherits a team that went 28-7 last year and finished ranked No. 22. Brannen’s Bearcats will contend with Houston (33-4) for the AAC championship.

Yes, Sister Jean is still with us as one of college basketball’s greatest devotees. Loyola-Chicago’s No. 1 fan turned 100 this summer. The Ramblers did win the Missouri Valley Conference regular-season title last year but lost in the conference tournament and ended up the NIT. Head coach Porter Moser’s team should be right back in the thick of the MVC race again in 2019-20.