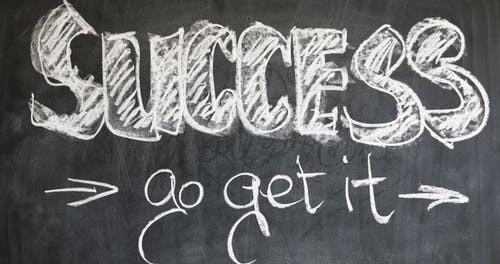 This was certainly the case for two unique individuals who managed to turn their passion for technology into their dream jobs. Joe Cannata of Techsperts, LLC and Ilan Sredni of Palindrome Consulting both had early interests in computers and technology.

Of course, many people do.

But Cannata and Sredni did something that most tech hobbyists are either too nervous or unmotivated to do: They followed their instincts and turned their hobbies into successful careers.

Let’s take a closer look at their inspiring stories.

Joe Cannata, Bergen County IT service professional was one of the first “tech gurus” at his local high school:

“I first found out that I was interested in computers back in high school in the late 90s. We had computer labs with very loose unestablished curriculums. I remember … playing the very first version of Grand Theft Auto over the network with friends and experimenting with new programs such as Microsoft PowerPoint, early media players such as Winamp, and whatever else I could find on the computers to explore and tinker with … people [started] to ask me to help them with certain issues they were having and helping with other computer-related items in the school.”

It was clear that Cannata had a penchant for technology. But he also saw that he enjoyed helping people. Finally, he recognized that knowledge of computers was a rare and sought-after skill that he just happened to possess. So, upon graduation, he ran with this clearly useful and practical skill.

He placed local newspaper ads that marketed his ability to help anyone and everyone — from individuals and families to businesses and organizations — with their computers. “I remember situations that found me in small law firms helping lawyers with their computers and in people’s homes setting up printers and email,” he says.

Cannata continued to learn as he went — without any formal training or education. This, he says, is how he began his business.

Later, he would eventually get a college degree and other certifications. Still, all the while, he continued his side business as a computer expert operating out of his mother’s home. Finally, he ventured out and leased his first office, and as he puts it, “The rest is history.”

Says Cannata, “I am happy with the choices I have made and wouldn’t change a thing. Building and running my own business has been rewarding, and the lessons learned along the way have been invaluable.”

Today, Cannata’s business, Techsperts, LLC is a highly successful managed IT services company with numerous employees and lots of happy customers, some of which have been benefiting from Cannata’s expertise for over 20 years.

Perhaps Ilan Sredni’s path to a dream career in technology was slightly more haphazard than Cannata’s:

“I gravitated towards the computer industry by accident, and there were numerous career paths that I could have selected, some more lucrative than others. I quickly realized that although working on computer and programming gave me joy and admiration from my peers, it was resolving problems that really got my juices flowing.”

Sredni started out in college, graduating and finding a few baseline jobs that paid the bills but didn’t yet, as he puts it: “[get his] juices flowing.” It wasn’t until he realized that his true passion wasn’t “making money and spending it,” as he had once thought, that he finally concluded he needed to be able to help people and solve problems on a regular basis in order to find meaning and joy in his career. He decided to venture out on his own with a brand-new business model.

Sredni says that, “This transition was scary at the time, but I knew I would love doing what I would be doing, each and every single day.” So, he kept going. He put endless hours into creating a sound business plan — like a map that would lead the way. He says he, “could not wait to get started” — a great sign that he was on the right path.

Staying focused and “with plan in-hand,” Sredni began to first offer his technology services to family and friends. Seeing the success that this brought him and the enthusiasm that came from his first family and friend customers, he concluded that he was onto something promising.

That hunch was certainly proven correct: “20 years later, I still wake up every morning thinking of what problems I will solve today.”

Ilan Sredni is CEO and President of Palindrome Consulting, which “specializes in technology for high caliber businesses, law firms and medical practices.” He is also co-host of the Brilliant Business Radio Show and a successful author.

Do You Have a Passion for Technology?

Anyone with a similar passion for technology can surely follow in the footsteps of Joe Cannata or Ilan Sredni.

As Sredni referenced upon reflection of his own career choices: “Confucius said: ‘Choose a job you love, and you will never have to work a day in your life.’”