When we’re talking about bad behavior in the NCAA, we’re usually talking about the coaches or players. This year, athletic directors have been getting into the act, generating bad press, racking up thousands of dollars in fines, and making fools of themselves every chance they get.
Let’s take a look at five athletic directors who would be better off never leaving their offices. Or if they have to come to the games, take away their Twitter accounts. Tell them to stop yelling at the referees and never let them near a live mic.

Back in September at the Penn State-Rutgers game, some Rutgers fans wore “Ped State” shirts as a creepy reference to the Jerry Sandusky scandal. Rutgers athletic director Julie Hermann apologized to Penn State officials, but it turns out the Rutgers fans weren’t the only ones making Sandusky jokes. At a meeting, Hermann told her fundraising team that they needed to reach out and touch the donors. Then, she clarified her remarks in the ickiest possible way by reminding her employees not to touch the donors in a “Jerry Sandusky-style way.”

Idiot rating: Just dumb. It might have been a joke — albeit a tasteless one — that she could make to some personal friends or to a partner, but not to the fundraising staff.

Chris Peterson, now the former UALR athletic director, isn’t ashamed to ogle the ladies. A hot mic caught Peterson discussing the mother of a UALR female soccer player, who is, according to Peterson, well-endowed.
Apparently, Peterson can count. He said, “She had two of ’em and they were out there for display.” He also suggested having a special function on Parent’s Day so that he could get better acquainted with the twins.

Idiot rating: Moron. He was in the press booth with the announcers. Did he not notice the microphones? 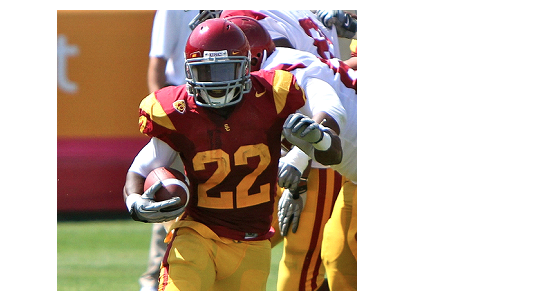 Everyone who knows anything about NCAAF betting online gets mad at the refs when things don’t go their way. However, Iowa State athletic director Jamie Pollard took it a step further. He suggested that bad officiating caused the Cyclones’ loss to Oklahoma State. He didn’t just suggest it at the water cooler or in the locker room; he decided to talk about it at a press conference. Even further, he suggested that the officials were punishing Iowa State for voting against adding an eighth ref at the Big 12’s conference meeting.

Idiot rating: Stupid. Pollard’s big mouth got him in big trouble and he was also hit with a $25,000 fine.

4. Pat Haden — University of Southern California
In another edition of “Athletic Directors Who Don’t Know When to Be Quiet,” USC’s Pat Haden decided to join Steve Sarkisian, USC’s head football coach, on the field and have it out with the officials during a game against Stanford.

Sarkisian was mad about a sideline encroachment penalty, and he called Haden to ask him to mediate between himself and the ref. Haden forgot all about neutrality and started berating the officials. Like Pollard, he decided to take it to the press, lambasting the Pac-12 refs during an interview that followed the game.

Idiot rating: Stupid again. Haden offered to ban himself from the sidelines for two games, but Pac-12 officials still fined him $25,000 for his outburst.

5. Heath Nielson — Baylor
Take Baylor associate athletic director Heath Nielson’s smartphone away from him. During the Baylor-West Virginia game — in which Baylor earned 215 yards in penalties, a school and conference record —Nielson decided to take to Twitter to express his heated misgivings about the quality of officiating at the game. Apparently, the Big 12 doesn’t mind tweeted hostility as much as it dislikes television hostility as Nielson only got a $1,000 fine.

Make It Stop
Athletic directors are supposed to set the highest examples for their programs. Dignity is part of the job description. No pedophilia jokes, no sexist comments, and no more abusing the refs after the game. Someone has to act like a grown-up and it’s supposed to be the ADs.