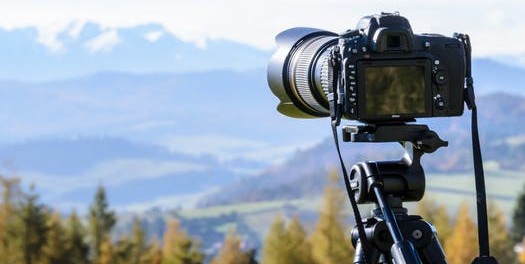 Despite the fact that screen recording will essentially record everything on your screen – that doesn’t mean it will be an exact duplicate. In fact there are lots of factors that can affect the quality and appearance of your videos, in both large and small ways.

If you want to improve and capture better screen recording videos, there are a few things that you should do:

In a nutshell the frame rate will affect how smooth the video looks, especially when there is any movement taking place within it. Although setting the frame rate at 30 is acceptable, you should increase it to 60 if you want your video to more closely resemble what you see on your screen.

The impact of the frame rate on your videos will be very obvious, especially for any element that moves fast. For example your mouse cursor’s movement will be far more visible at a higher frame rate.

In short if you’re recording an app, video content, or anything else – try to run it in full screen mode and then record it as such. Essentially this will let you record higher resolution videos, which will have better definition.

Before you start to record, try to clear up any clutter that may be in the frame that you’re going to capture. That includes not only stray icons that may be on your desktop, but also any unnecessary apps or other windows that may be open.

If you want you could even close background processes that you don’t need – both to free up system resources and prevent unwanted notifications from popping up mid-recording.

If all you’re doing is recording the system audio then its quality shouldn’t be an issue, but if you’re recording a voiceover via your microphone – it will be. Even if the rest of your video looks good, a poor quality voiceover can bring it down and make it appear like an amateur production.

Optimizing the audio quality can be tricky, but you should start by getting a decent external microphone. Try to also record in a quiet location, and minimize the background noise that could be caused by electrical appliances, fans, air conditioning, and so on.

After you’ve finished recording, be sure that you encode the video with the right settings. The format that you choose to encode it in is up to you, but as a rule the frame rate and resolution should match the recording parameters so as not to affect its quality.

Additionally the video bitrate should be based on all three factors listed above: Format, resolution and frame rate. If you want you can use YouTube’s guidelines as a reference point – though they apply solely to videos encoded in MP4 with H.264.

It should be noted that not all screen recorders will let you control the parameters listed above – which is why you need a good HD screen recorder. For example you could use Movavi Screen Capture Studio if you are looking for one.

Overall it isn’t that difficult to improve the quality of the screen recording videos that you’re able to capture. In fact if you want you can try using the steps above right now to see how big of an affect they have.