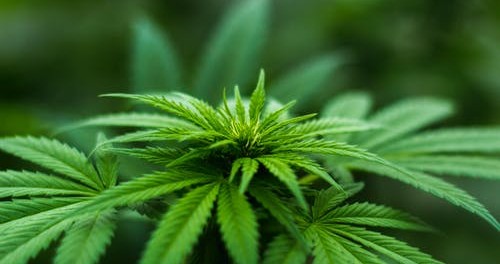 Across America, many states have taken steps to legalize marijuana for medical and recreational use. Over the last decade, political organizations in states all over the country have mounted concerted efforts in state legislatures to make marijuana a legal substance, regulated and sold in similar ways to alcohol.

The recreational use of marijuana is now legal in ten states, with that number growing. Using medical marijuana is legal in 33 states, with a further 14 states legalizing marijuana for medical use while limiting its THC (Tetrahydrocannabinol) content. This has brought the marijuana industry into the American economy, and the effect it has had is hard to ignore. Sales of recreational and medical marijuana are expected to pass $20 billion by 2021, and the states that have legalized its use have received hundreds of millions in tax revenues and fees.

The political pressure and tax revenues are pushing more states, even the more conservative states, to consider marijuana legalization, meaning the industry is set to grow exponentially over the next decade. Here we are going to look at the ways legalized marijuana is boosting the economy now, and how it will in the near future.

One of the biggest sectors of the marijuana industry is tourism. Americans from all across the country are taking ‘Canna-cations’, or cannabis vacations, in a similar way to people taking a vacation to taste wines in California. Colorado has seen a particularly large spike in tourism since legalizing marijuana, and has enjoyed increased revenues not just from taxes and fees on cannabis, but also from other tourist related services like air fares and hotel bookings.

States like Alaska and Colorado are not used to seeing large numbers of tourists visit their states, but are now having to invest in additional infrastructure like hotels complexes and public transport to help keep up with the demands of visitors coming to sample legalized marijuana. Organized tours have become a popular tourist attraction, taking groups of people to dispensaries and growers, similar to a wine tasting tour. These businesses are often an entirely new industry to the states they are in, offering eager entrepreneurs in the state a fantastic opportunity to start a new business.

The taxes and fees that legalized marijuana can bring have long been touted by pro-legalization advocates as a benefit everyone can receive from the legalization of marijuana, but few people could imagine the returns that legal marijuana has brought to the states that have passed the legislation. Almost overnight, Colorado gained a billion-dollar industry that flooded the state government with fresh revenue to fund education and public services.

A huge number of businesses have been started to supply the demands of the marijuana industry. There are many businesses that supply not just the public, but also other businesses with the industry. Seeds are one of the most important components for a successful marijuana farmer, and companies like Seed Supreme help businesses and consumers get the latest cannabis strains. The Gorilla Glue cannabis strain is currently one of the most popular in the country, consistently winning awards and repeat customers in dispensaries across the land. The Gorilla Glue cannabis strain is noted for its high THC content, making it popular with medicinal and recreational users alike. The name Gorilla Glue comes from the stickiness of the resin on its leaves, and its ability to keep anyone stuck to the sofa for hours.

New Jobs from Root to Branch

At the core of the marijuana industry is the plant itself. Cultivating marijuana and supplying the dispensaries has created hundreds of agricultural jobs in the states that have passed legalization legislation. Growing marijuana is considered high-tech agriculture, with cannabis farms often using hydroponic growth methods and artificial lighting to control the plants development.

Processing the plants and packaging the products for sale or wholesale has created a number of entry level jobs for people without any prior experience in farming. This has helped reduce unemployment numbers in many states, lowering the burdens on taxpayers while also introducing new incomes to the local economy.

There are also all the jobs created from the increase in tourism. After legalization, there is often a surge in demand for hotel workers, restaurant servers and taxi drivers, as more and more visitors come to sample recreational cannabis.

The economic boost that marijuana brings doesn’t just come from recreational use, but also from medical marijuana. As well as requiring the cultivation and processing of plants, the medical marijuana sector also provides business opportunities for pharmacies and doctors in the state. CBD, or cannabidiol, is one of marijuana’s active ingredients along with THC, or Tetrahydrocannabinol.

CBD has been used to treat a number of ailments, including epilepsy and the effects of chemotherapy, and is often refined into oils or supplements for consumers to use. Many pharmacists and doctors are now introducing marijuana and marijuana derived treatments to patients as an alternative to stronger pharmaceutical drugs.

Many people are now traveling to states that have legalized marijuana to receive these treatments, creating an extra revenue stream from marijuana legalization. Some clinics are even offering medical marijuana focused services for patients undergoing chemotherapy, or treating an eating disorder.

People have been advocating for marijuana legalization for decades, and one of the benefits they argued it would bring was an economic boom to America. There is no denying the effects the industry has had, becoming a billion-dollar industry almost overnight, and providing states like Colorado and Alaska with a tax boon to spend on education and public services. The legalized marijuana industry is projected to be worth over $20 billion in the next few years, and this could rise to over $50 billion if legalized federally.