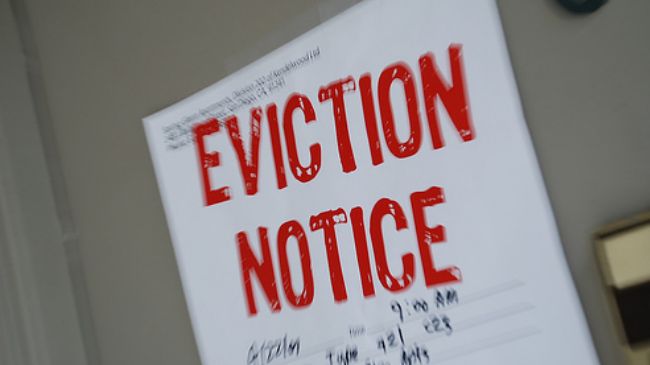 Jeanne Simmons, a 96-year-old schoolteacher who has lived in her Falls Church, Virginia home for 57 years, now faces demands to leave her community while she struggles to survive without running water, according to a report by HillwoodSquare.com.

She says a local developer claims to have bought her entire community, Hillwood Square, and Simmons is the only resident left in the 160-unit housing development that sits on 19 acres.

Simmons shared her story with HillwoodSquare.com, explaining that for more than 50 years Simmons has owned her duplex home free and clear, and the developer has no right to make her move.

Simmons alleges that last Friday, the developer asked the Falls Church Department of Public Utilities to cut off water to the property. For six days, Simmons, who lives alone, has had no running water for drinking, cooking, bathing, or cleaning.

Each time she needs to flush the toilet, she carries two one-gallon jugs of water upstairs, one at a time, then fills a bucket with the two gallons and pours the water into the toilet to force a flush.

On Tuesday, Simmons received from the developer a 5-day notice to vacate. Simmons calls the action frivolous, as she does not owe rent but must go to court to fight eviction proceedings.

Simmons claims that three years ago, her home was valued at $531,250 by a local real estate agent that had promised community members to obtain offers of at least that amount for their homes. However, Simmons was never interested in selling, even though her home represented her entire life savings.

According to Simmons, the developer now demands that she accept an offer of $228,000. She has always refused, she says, and will continue to refuse until a court order is issued for her eviction after she has had every opportunity to challenge the sale of her community.

“Whatever the value of the land, I am ready to put up the entire value of my home to defend my rights as a homeowner,” Simmons said.