By James Twyman, Special to USDR. 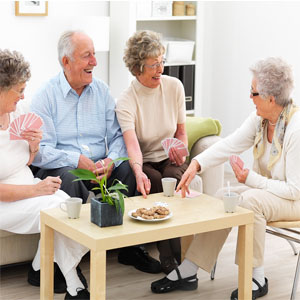 “The senior audience just isn’t reliable,” the man said to me. “Why do you think most movies are made for young people? It’s because older people don’t go to the movies. If they did, more would be made for them.”

I couldn’t believe my ears. I was speaking to a distribution “specialist,” a consultant to independent producers like myself trying to get their films in front of large audiences. A movie I co-wrote and produced called Redwood Highwaywas ready to be released, and this man was recommended by a friend to help. According to him, it was a pointless trying to focus on seniors – the group we made Redwood Highwayfor.

“There are over seventy-six million Boomers in the US, and forty-three million people over sixty-five,” I said to him. “I’m pretty sure most of them still see movies.”

The answer was the same. In his mind, and in the minds of many in the film industry, people over fifty-five are not worthy of attention, and are grossly neglected, especially in theaters. An occasional film like The Best Exotic Marigold Hotel breaks free and gets some attention, but it’s the exception, not the rule.

That trend is about to change.

There is a movement gaining speed, what I like to call Senior Cinema, to which producers, distribution companies and even the big Hollywood studios are starting to pay attention. They’re paying attention because they don’t have a choice. As the Baby Boom population reaches retirement age, there’s an enormous need for quality films with strong senior characters engaged in stories that resonate with them. It’s already begun — movies such as Quartet and Amour being among the latest – but that’s only the tip of the iceburg.

“What you need are numbers,” the man said. “If you’re so convinced there’s a big audience for films like Redwood Highway, prove it. Get a million seniors to join together and demand better entertainment. I think it’s unlikely, but if you can do it, then they’ll definitely take notice.”

A million seniors telling Hollywood that it’s time for senior cinema to be taken seriously!  I thought about that for the rest of the day and it didn’t take long to realize he was right. It’s easy to throw out numbers and data, but a petition with one million names, all of them lending their voices to a campaign for better senior entertainment – that would get some attention.

One million signatures may be just a starting place, but it represents something that has never been tapped in the film industry before – the largest demographic in the country standing up and demanding attention. Consider these statistics: The 50+ generation represents 45% of the US population; an American turns 50 every seven seconds, which is more that 12,500 people every day; the 55+ age group controls more than three-fourths of America’s wealth; Baby Boomers account for 40% of total consumer demand; and seniors have a net worth 3 times that of younger generations. However you look at it, this is not a generation to take for granted.

“I love to go to see movies and I would go more if there were films worth seeing,” Karen K., 56, said. “I don’t think I’m any different than others my age. The problem isn’t in our motivation, it’s about choices. I’m not interested in seeing Iron Man 3, but as soon as a movie comes out I can relate to, I’m there.”

AgeNation is an multi-platform website and organization that caters to “people who weren’t born yesterday.” Its founder and president George Cappannelli adds, “Boomers and elders are being underestimated. Decision-makers beware. You are not only leaving money on the table, but in ignoring this market you are poking a bear that is about to wake up and bite you. They want more than you are giving them.”

So I believe its time to launch this campaign and make our voices heard! We’ve created a petition and survey that will be distributed to all the key individuals in the movie business. It means that everyone in the industry making decisions about which films get made and which ones don’t, or what films will or will not receive proper distribution, will see this report and will have to rekon with its contents. I can already tell what it will reveal — that the senior community wants and deserves inspiring films that relate to their own lives. Knowing that there are a million people ready to buy tickets to senior-oriented films will be the difference between two movies a year and 20.

So, what can you do? It’s very simple. Just go to www.seniorcinema.com and fill out the survey. It will only take about two minutes, but the results could be astounding. People like the consultant I met won’t be able to dismiss you any longer. The entire film industry wil lhave to take notice, and they will definitely respond. It’s up to you. Let your voice be heard and let’s go to see some great movies.

James Twyman is the New York Times bestselling author of 15 books, as well as the producer/director/writer of five films including the award-winning feature film Indigo. His newest film,Redwood Highway, starring two-time Academy Award nominee Shirley Knight and film legend Tom Skerritt,will debut on National Grandparents Day, Sunday Sept 8, and will be previewed earlier that week in senior residences around the nation. He currently travels around the world promoting films for what he believes to be the most important, and underserved film audience in history – elders. For more info, visit: www.seniorcinemacircle.com