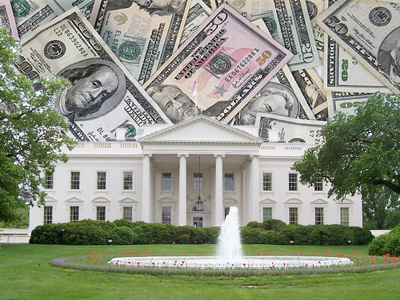 IRS’ Litany of Mismanagement
By Casey Pifer and Leslie Paige
WasteWatcher, August, 2013
The IRS is in full crisis mode and the staff of Treasury Inspector General for Tax Administration (TIGTA) J. Russell George has been busier than a one-legged man in a butt kickin’ contest. A steady stream of embarrassing and outrageous revelations have fostered an almos circus-like aura around the agency…

Wasteful Government Subsidies for Cape Wind Project
By Roger Morse
WasteWatcher, August 2013
Wind energy has been touted by environmentalists as clean and cheap. While it may be clean, it is far from cheap. A maze of government subsidies, mandates and crony capitalism deeply mask the true cost of wind energy production to make it extremely wasteful of citizens’ dollars…

Summer Retransmission Dispute Heats Up
By Deborah Collier
WasteWatcher, August 2013
In the midst of the summer doldrums, a broadcaster and a multi-channel video programming distributor (MVPD) are battling over retransmission fees with consumers suffering the consequences…

Time for FCC Overhaul
By Deborah Collier
WasteWatcher, August 2013
On Thursday, July 11, 2013, the House Committee on Energy and Commerce Subcommittee on Communications and Technology held a hearing on two draft bills, the FCC Process Reform Act and the FCC Consolidated Reporting Act, which was introduced on July 26, 2013 as H.R. 2844…

Payments to the Recently Deceased
By P.J. Austin
WasteWatcher, August 2013
A June 28, 2013 Government Accountability Office (GAO) report entitled, “USDA Needs to Do More to Prevent Improper Payments to Deceased Individuals” bluntly lays out a pervasive problem that can be easily resolved…

Panic in Detroit
By Casey Pifer
WasteWatcher, August 2013
On July 18, 2013, Detroit filed a voluntary petition for bankruptcy, becoming the largest American city to do so. According to CBS News, the city is more than $18 billion in debt with a current budget deficit of $380 million…

Citizens Against Government Waste is a nonpartisan, nonprofit organization dedicated to eliminating waste, fraud, abuse, and mismanagement in government.