The gap between the promises states have made for public employees’ retirement benefits and the money they have set aside grew to at least $1.38 trillion in fiscal year 2010, resulting in a nine percent increase in one year, according to a report released this past week by the Pew Center on the States.

The most comprehensive analysis to date, The Widening Gap Update finds state pension plans represented more than half of this shortfall, with $2.31 trillion set aside to cover $3.07 trillion in long-term liabilities—leaving about a $757 billion gap. Retiree health care and other non-pension benefits accounted for the remaining $627 billion. States have amassed $660 billion in non-pension liabilities but saved just $33.1 billion to pay for them—slightly less than 5 percent of the total cost. 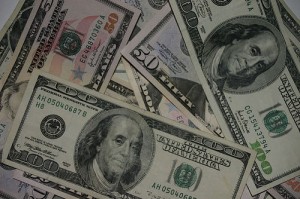 Experts such as those with the Government Accountability Office advise states to have at least an 80 percent funding level. In 2010, 34 states were below the 80 percent threshold, up from 31 in 2009 and just 22 in 2008. Connecticut, Illinois, Kentucky, and Rhode Island were the worst among the states, all under 55 percent funded in 2010. Four states were funded at 95 percent or better: North Carolina, South Dakota, Washington and Wisconsin. However, because these numbers are from 2010, they do not reflect reforms made since then, such as in Rhode Island.

“States continue to feel the impact of the Great Recession, and have lost more ground in their efforts to cover the long-term costs of their employees’ pensions and retiree health care,” said David Draine, senior researcher, Pew Center on the States. “While the economy and state revenues are improving, states are still struggling to manage the bill coming due for promised benefits.”

States continue to fall behind in their efforts to cover the long-term costs of their retirees’ health care and other non-pension benefits, such as life insurance—with only 5 percent of what they need to pay for these benefits set aside. Seventeen states reserved no money and only seven states had funded at least 25 percent of this long-term liability. In contrast, Arizonaand Alaska had nearly 50 percent of their health care liabilities covered by assets on hand. No other states came close to that percentage.

The annual bill for pension and retiree health care totaled $124 billion, as of fiscal year 2010—about what states spent on transportation that same year. And, higher employer contributions for retirement benefits are anticipated for many years to come.

The new study, which follows Pew’s April 2011 report, The Widening Gap, covers pension, health care and other benefits promised to both current and future retirees. Researchers examined the funding performance of 233 pension plans and 166 other post-employment benefit plans. Fiscal year 2010 data is the latest available information for all states.

To meet long-term pension obligations, nearly every state has moved to better manage its retirement bill in the last three years. Between 2009 and 2011, 43 states enacted benefit cuts, increased employee contributions, or both. The most common actions included asking employees to contribute a larger amount toward their pension benefits; increasing the age and years of service needed before retiring; limiting the annual cost of living increase; and changing the formula used to calculate benefits to provide a smaller pension check.

Most of the reforms that states have enacted in the last three years mainly affect workers whom states will hire in the future, because it is legally difficult to reduce benefits for current employees and retirees. However, since 2010, 10 states have frozen, eliminated, or trimmed the annual cost of living (COLA) increase they pay current retirees: Arizona, Colorado, Florida,Maine, Minnesota, New Jersey, Oklahoma, Rhode Island, South Dakota, and Washington. Judges in Colorado and Minnesota have upheld the COLA cuts; the legal challenges are still pending in the others.

“The growing liabilities and funding challenges in some states put retirement benefits at risk, but there are no quick fixes,” said Draine. “A significant number of states have tried to deal with the bill coming due for their employees’ retirement benefits. However, given the size of the problem, continued fiscal discipline and additional reforms will be needed to put states back on a firm footing.”