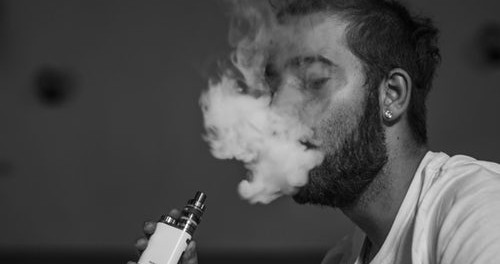 The vaping industry has been growing over the years, but there are still tons of people who don’t know what it is. Well, vaping is the process of inhaling that’s produced from an electronic cigarette. Usually, it’s produced from materials such as dry herb, e-liquid or concentrate.

When you talk of a vaporizer, it means an electric appliance which converts the material into a vapor. Usually, a vaporizer is made up of the battery, cartridges, housing, and a cartomizer.

The battery is responsible for for the heating process in the cartomizer, which also ensures that vaping material is converted into vapor for inhalation.

Materials that can be vaped

Typically, tons of vapors use e-liquids, but other materials can be used as well. Other materials that can also be used include dry herbs and waxy concentrates.

Different vaporizers support the process of vaping. For instance, dry herb vaporizers have a heating chamber. On the other hand, e-liquids have a tank.

The best of all is that you can vape a variety of materials by just switching your cartridges. You can also check out Smok Stick V8. It could also help you.

How old is vaping?

Yes, you shouldn’t be blamed for not knowing vaping because it’s modern. But, it is believed that vaping can be traced in the ancient history. A good example is Ancient Egypt. It is known for vaping like they used hot stones in vaping herbs.

Several years ago, shisha was brought to light by the Indians. The introduction of those techniques brought about the invention of the modern vapes that you are aware of today.

Who invented the e-cigarette?

Even though many people do not know about vaping, it can be tracked down to the ancient times. The man who came up with this modern idea is called Joseph Robinson – that was in the year 1927.

By then (1927), vaping wasn’t popular until in 1963 when Herbert Gilbert made it famous through his “smokeless non-tobacco cigarette”. After that, a Chinese company known as Hon Lik produced the first modern e-cigarette – that was in the year 2000.

The definition and facts: History of vaping

One of the most common drugs people use today is nicotine. People have fallen in love with it and also invented different methods by which they can consume it.

People have tried to chew it, smoke it, vape it, and even apply it on the skin. And, surprisingly, people even inject nicotine in their bodies – even though that’s way too dangerous.

Nicotine is found in tobacco. Many at times, people mix tobacco and some other substances such as marijuana.

Today, many appliances have been produced to satisfy people’s obsession with this drug. To mention a few: bongs, hookahs have been made to suit people’s needs.

And that’s the reason why vaporizers have become so popular today. Nearly everyone wants to know about it and do the inhalation.

In the 5th-century people heated oils. It is, therefore, necessary that you know well the history of vaping.

More than 1500 years ago, shisha was invented by Irfan Shiekh. This invention in a place that’s today known as Afghanistan. Later on, this invention was extended to India.

If you are in love with vaporizers, you should know and understand the history of vaporizers. It’s just interesting, and you’ll love it.