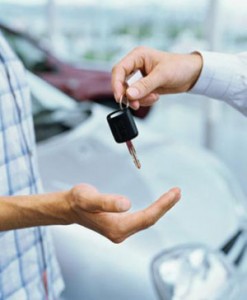 Edmunds.com forecasts that 1,365,496 new cars and trucks will be sold in the U.S. in June for an estimated Seasonally Adjusted Annual Rate (SAAR) this month of 15.5 million light vehicles. The projected sales will be a 5.3 percent decrease from May, but a 6.3 percent increase from June 2012. This month’s sales performance is expected deliver the biggest volume and SAAR for the month of June since 2007.

“Within the last month we saw a slowing stock market and a stalled unemployment recovery, but the automotive market continues to shine through it all,” says Edmunds.com Senior Analyst Jessica Caldwell. “The first half of 2013 was every bit as strong as the auto industry could expect at the beginning of the year, and there’s no reason why the next six months can’t maintain the same momentum.”

Edmunds.com estimates that retail SAAR will come in at 12.7 million vehicles in June, with fleet transactions accounting for 18.4 percent of total sales. An estimated 3.07 million used cars will be sold in June, for a SAAR of 37.2 million (compared to 3.12 million – or a SAAR of 36.6 million – used car sales in May).

AUTOMAKER PERFORMANCE
Chrysler’s spat with NHTSA over Jeep recalls earlier this month had some industry observers wondering how it would impact the brand’s sales. In fact, Edmunds.com projects that Jeep sales will fall 5.0 percent year over year in June, but that could be attributed to the discontinued Liberty, which is being replaced by the Cherokee later this year. Chrysler’s overall sales are projected to jump 10.1 percent this month over last year, thanks to a strong showing by Dodge and Ram, which are each expected to climb 25 percent this month.

Meanwhile Hyundai and Kia did nothing to silence talk that the brands have peaked. Their 111,829 combined projected sales this month are off almost three percent from June of last year. VW/Audi (-1.1 percent) is the only other major automaker projected to report a decline in year-over-year sales in June.