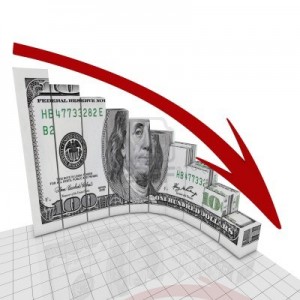 The National Association of Credit Management’s (NACM’s) Credit Managers’ Index (CMI) fell from its June high of 56.1 to 55.5 in July, led by a sharp decline in collections.

The “dollar collections” category moved from 59.3 to 57.5, taking the category down to some of the lowest readings of the past year—only three of the last 12 months were lower than July’s, suggesting that there are some additional strains showing up within the creditor community. All of the other favorable factors declined as well, and the favorable index as a whole fell from 62.8 to 62.4.

Some favorable factors fell more precipitously than others. “Sales” is still in the 60s with a reading of 61.4, but this is lower than was recorded in either May or June. “New credit applications” had been surging along in recent months, but in July it retreated from 58.8 to 58. “This is not a big drop and this month is still stronger than any of the previous months, except for May and June,” said NACM Economist Chris Kuehl, PhD. “There is a slowing of credit interest but nothing that would suggest a mass reversal.”

There was also some change and adjustment in the unfavorable index, which also fell from 53 to 52.6, although unlike in the favorable factors, some unfavorable categories saw improvement. “Rejections of credit applications” moved from 52.5 to 53.2, reinforcing the notion that there is still tolerance for risk in the credit community. “Accounts placed for collection” slid just slightly from 53.9 to 53.6, which is essentially flat. “There is no real sense that there is a crisis in payments across the board,” said Kuehl.

All in all, the July data suggest that growth slowed but not enough to plunge companies into full-blown crisis. “Given that the national data has been pointing towards a slowing economy this is not too shocking,” said Kuehl. “There are some clear areas of retreat, but just as important is the fact that there are some clear areas of growth and that provides some encouragement for the rest of the year.”

The complete CMI report for July 2013 contains more commentary, complete with tables and graphs. CMI archives may also be viewed on NACM’s website.