By the US Census Bureau, Special for  USDR.

A new U.S. Census Bureau report released today provides an in-depth analysis of the nation’s population looking forward to 2060, including its size and composition across age, sex, race, Hispanic origin and nativity. These projections are the first to incorporate separate projections of fertility for native- and foreign-born women, permitting the Census Bureau to better account for the effects of international migration on the U.S. population. 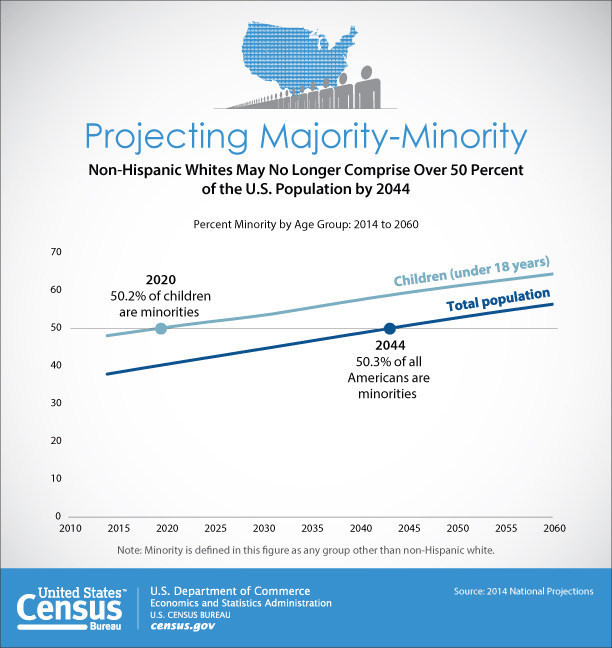 According to the report, Projections of the Size and Composition of the U.S. Population: 2014 to  2060:

No news release associated with this report. Tip Sheet  only.