by Candace Salima, contributor of US Daily Review 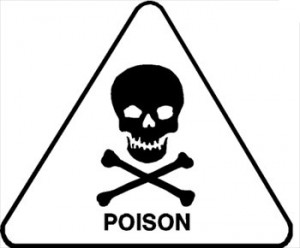 I wish to extend a word of caution for the current presidential campaign ongoing in our nation now. We have leaders in our conservative movement, others on the fringe of that same movement, indulging in the crucifying of candidates, or potential candidates, in the Republican line-up. Let me tell you a little story.

In my area of the country we were in a hotly contested U.S. Senate race. Senator Bob Bennett, while liked by the rest of the nation, had severely disappointed his constituents in many, many ways. As such, I, along with hundreds of thousands of others, went looking for a candidate they could support against him. Three emerged in that race and the Republican field came down to: Senator Bob Bennett, Mike Lee, Tim Bridgewater, and Cherilyn Eager. I, personally, decided to support and endorse Mike Lee, and worked day and night to get the man elected. Here’s where my story gets to the salient point.

That election season became one of the ugliest I have seen in a long time. The political camps, and candidates went after each other with a vengeance that was disheartening to see. Lies, misrepresentations, personal attacks … it escalated out of control. And what was the end result? By the time we hit the Republican State Convention in Utah, the Republican Party was divided into four hard camps. The smallest was Cherilyn Eager’s, and she was out within the first couple of rounds. Bob Bennett lost in the next round and it came down to Mike Lee and Tim Bridgewater. By the end of the day, the vote dictated the two would go to a primary.

Here was the problem. The voter pool had been so thoroughly poisoned by the muckrakers during the election season that the uniting of the party after the state convention proved to be impossible. Friendships were destroyed, associations severed, and many left the Republican Party. Those that did not, divided themselves into Mike Lee and Tim Bridgewater camps. The venom that was spread by third parties was astounding, and by the time Mike Lee emerged as the Party’s nominee, he had a monumental challenge ahead of him. So many lies and misrepresentations had been told about him that he faced the enormous task of uniting the Republican Party behind him.

We all know that Mike Lee became the freshman Senator from Utah. We also know that he’s doing a phenomenal job in the U.S. Senate as he founded the U.S. Senate Tea Party and formed coalitions to stem the tide of radical legislation being debated, as well as further the cause of a constitutionally-limited government. But that campaign became incrementally more difficult, because of all the poison.

Now look to the presidential campaign of today. Ann Coulter, whom I enjoy very much, has turned on Sarah Palin. And she is only one of many attacking the candidates. But this is the point, do not become so vitriolic that you destroy the eventual nominee and victory becomes impossible. We must win the White House and U.S. Senate on November 6, 2012. But if this name-calling and character assassination continues, we may very well lose.

Candace E. Salima is a syndicated talk show host, author, and columnist. Learn more about her at www.CandaceSalima.com.