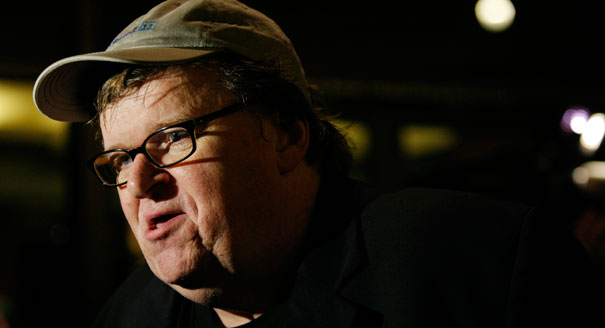 Gerald Molen, theAcademy Award-winning producer of last year’s box office sensation, 2016: Obama’s America has responded with gratitude to the announcement of the non re-election of the previous head of the Documentary Branch, Michael Moore, who was removed by Academy of Motion Picture Arts and Sciences (AMPAS) voters.

. Meanwhile, the co-creator of 2016, Dinesh D’Souza has written an opinion piece in a major Hollywood publication, Thewrap.com, calling on fans of 2016 to flood the box office on the 4th of July of 2014 when his next film, America is released, dethroning Moore’s Fahrenheit 911 as the box office king in the documentary category.

In May of this year, Molen–known for his work as producer on films such as Schindler’s List, Jurassic Park, Minority Report and others, wrote the then head of the Academy, Hawk Koch, questioning whether his most recent film 2016: Obama’s America might have been denied consideration due to the widely known political views of Moore who was tasked with the job of vetting potential nominees in the documentary category. The film was the highest grossing political documentary of the year, and the second highest grossing political documentary of all time, trailing Moore’s Fahrenheit 911. While box office numbers are not generally considered by the AMPAS, Molen still recognized, and brought to the attention of the group, that it could only hurt the Academy’s image to have someone with such obvious biases serving as the head of the Documentary Branch, without others members on the committee to provide ideological balance.

“On behalf of myself, my fellow filmmakers and the vast American Heartland which has felt increasingly disenfranchised by a small band of political extremists in Hollywood, I’m pleased that Academy voters have restored a sane voting process to the Oscars. I look forward to next year’s voting looking more like an American election and less like a United Nations one. Foxes shouldn’t guard hen houses and Michael Moore shouldn’t have been in charge of the documentary nominating process at the Academy. He should have known when it was proper to recuse himself from the nominating/voting process, especially when it came to documentaries dealing with any kind of political substance. This is a major victory for the silent super-majority in America and now that Mr. Moore has been removed from his position at the Academy, we can feel more confident moving forward with other projects in the future.”

Next up for Molen and D’Souza is America, described by D’Souza in his column as, “a film that will explore the meaning and importance of the U.S.”

America the movie will explore the meaning of what America the country was, is and should be and whether the values of 1776 or those of 1968 will prevail. By going to your local theater and watching it and making it the all-time box office champ in the political documentary category, you will have a chance to remind extreme liberal elements of Hollywood that they are servants of the interests and tastes of we, the American people and not dictators telling us what we should like. So make your Fourth of July plans now. It’s going to be a weekend to remember. Fire up the barbecue, spend time with friends and family, then move the party to your local movie theater and celebrate all of the things our great country stands for—and discover how we can become an even greater nation.”