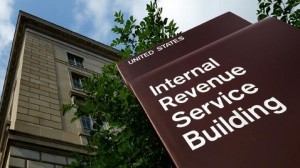 The American Center for Law and Justice (ACLJ), which has filed a federal lawsuit representing 41 conservative groups that have been unlawfully targeted by the Internal Revenue Service (IRS), said today it is rejecting the government’s offer for “expedited review” of applications for some conservative groups which have been waiting for years for a determination on their tax-exempt status, calling the offer “deeply flawed.”

Last month, the IRS offered to expedite the application process for organizations seeking 501(c)(4) status by creating an arbitrary 60/40 standard for groups which would require organizations to agree to devote 60% or more of their time and expenditures on activities to promote social welfare, and 40% or less on political activity.

In rejecting the offer, the ACLJ contends that the 60/40 ratio created by the IRS is not a legal standard defined by applicable statutes or regulations.

“The IRS created this standard out of thin air in an effort to placate Americans who have been unlawfully and unconstitutionally targeted by the IRS because of their political beliefs,” said Jay Sekulow, Chief Counsel of the ACLJ. “This so-called solution is deeply flawed and does nothing to address and correct the real problem at the IRS: a pervasive and systematic assault on conservative organizations. The IRS remains an agency incapable of self-governance or self-correction. Our federal lawsuit is moving forward to stop this abusive targeting scheme and to hold those responsible for this disturbing conduct accountable.”

In a letter rejecting “expedited review” for seven groups represented by the ACLJ, Chief Counsel Jay Sekulow told the Justice Department:   “. . . the 60/40 percentage representations which you propose to impose upon our clients in order for them to be eligible for the expedited process are not legal standards defined by applicable statutes or regulations. These percentages are merely safe harbor provisions the IRS has crafted in response to the problems that have been created by its own admitted misconduct.”

Noting that each application of the seven organizations seeking 501(c)(4) status have now been pending for more than 645 days, and in one case, for 1,297 days.

The ACLJ tells the DOJ that “because these seven clients have been awaiting determination for years and have complied with all legitimate requests for additional information, we request that the IRS complete its review of their applications and make a final determination immediately.”

This development comes just one day before Congressional hearings resume on the IRS scandal before the House Oversight Committee.

The ACLJ’s lawsuit, posted here, urges the court to find that the Obama Administration overstepped its authority and violated the First and Fifth Amendments of the U.S. Constitution, the Administrative Procedure Act, as well as the IRS’s own rules and regulations. The lawsuit requests a declaratory judgment that the Defendants unlawfully delayed and obstructed the organizations’ applications for a determination of tax-exempt status by means of conduct that was based on unconstitutional criteria and impermissibly disparate treatment of the groups.

The suit also seeks injunctive relief to protect our clients – and their officers and directors – from further IRS abuse or retaliation. Further, the lawsuit seeks compensatory and punitive monetary damages to be determined at trial at a later date.

The ACLJ represents a total of 41 organizations in 22 states in the lawsuit. The names of the organizations represented are available here. Of the 41 groups, 19 organizations received tax-exempt status after lengthy delays, 17 are still pending, and 5 withdrew applications because of frustration with the IRS process.

The IRS contends that the targeting scheme originated with a couple of rogue IRS agents out of the Cincinnati, Ohio office and contends the abusive conduct has been halted. However, the ACLJ has correspondence showing this tactic was used not only in the Cincinnati office, but also from two offices in California – El Monte and Laguna Niguel – as well as the national office inWashington, D.C. In fact, the Washington office sent a letter to one of our clients as recently as April 2013.

Furthermore, the ACLJ has letters signed by Lois Lerner, Director of Exempt Organizations, suggesting her personal involvement in sending invasive questionnaires to 15 of our clients in March 2012 – some nine months after she was told about the scheme and promised to stop it.

The ACLJ has heard from nearly 120,000 Americans calling on President Obama and members of Congress to end the IRS abuse.