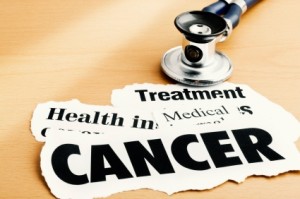 When NFL Hall of Famer Gene Upshaw died of pancreatic cancer in 2008, it was the first time that many Americans had heard of the disease. Like many patients with this deadly cancer, the 63-year-old Upshaw died a short period after his diagnosis, shocking many football fans. The news of his death also shone a spotlight on a disease that, although rare, disproportionately affects African Americans.

Since Upshaw’s death, other celebrities have been diagnosed with pancreatic cancer, including actor Patrick Swayze, Supreme Court Justice Ruth Bader Ginsburg, and astronaut Sally Ride. The media coverage of these cases has likely raised public awareness of pancreatic cancer in the United States, where it is the fourth most deadly cancer among both men and women, although it is only the ninth most common cancer in women and the tenth most common in men.

One reason for this lethality is that early pancreatic cancer often causes no symptoms. By the time doctors detect the disease, it has usually spread beyond the pancreas. Once that happens, it is rarely curable. As a result, most patients with pancreatic cancer die within a year of diagnosis and less than 6 percent of patients survive 5 years after diagnosis.

Current treatments for patients with pancreatic cancer include surgery, radiation therapy, chemotherapy, chemoradiation therapy, and targeted therapy. Many patients receive a combination of treatments. These treatments can help patients with advanced disease feel better, but they do not cure their disease. To develop new and more effective therapies, researchers have been trying to identify the biological changes underlying pancreatic cancer, a strategy that has been effective for other cancers.

Researchers have also been investigating new ways to detect the cancer at earlier stages. The need for earlier detection is underscored by statistics: In the United States this year, it is estimated that more than 45,000 people will be diagnosed with pancreatic cancer and more than 38,000 people will die from the disease.

At a minimum, it is important to understand what pancreatic cancer is and how you can find more information if you or someone you know needs it, now or in the future.

Pancreatic cancer occurs when malignant (cancer) cells develop in the tissues of the pancreas (pronounced PAN-kree-us). Located inside the abdomen, the pancreas produces juices that aid in digestion as well as several hormones, including insulin. The pancreas is surrounded by the stomach, intestines, and other organs.

For some patients, a clinical trial may be a good treatment choice. A 10-Step Guide to Finding a Cancer Treatment Trial is available at http://www.cancer.gov/clinicaltrials/search/treatment-trial-guide, and general information about participating in clinical trials is available at http://www.cancer.gov/clinicaltrials/learningabout.