AJC marks the 18th anniversary of the terror attack on the AMIA Jewish community center in Buenos Aires—the deadliest terrorist attack against a Jewish target in the Diaspora in decades—with a call to the international community to aid Argentina in bringing the Iranian and Hezbollah perpetrators to justice.

“Those governments truly committed to combating international terrorist organizations and their state sponsors must fully support the quest for justice,” said AJC Executive Director David Harris. “The fact that justice has not been done reminds us of the danger that Iran and its allies pose to the region.”

On the morning of July 18, 1994, a car bomb demolished the AMIA headquarters, killing 85 and wounding some 300. This came just two years after the 1992 bombing of the Israeli embassy in Buenos Aires. 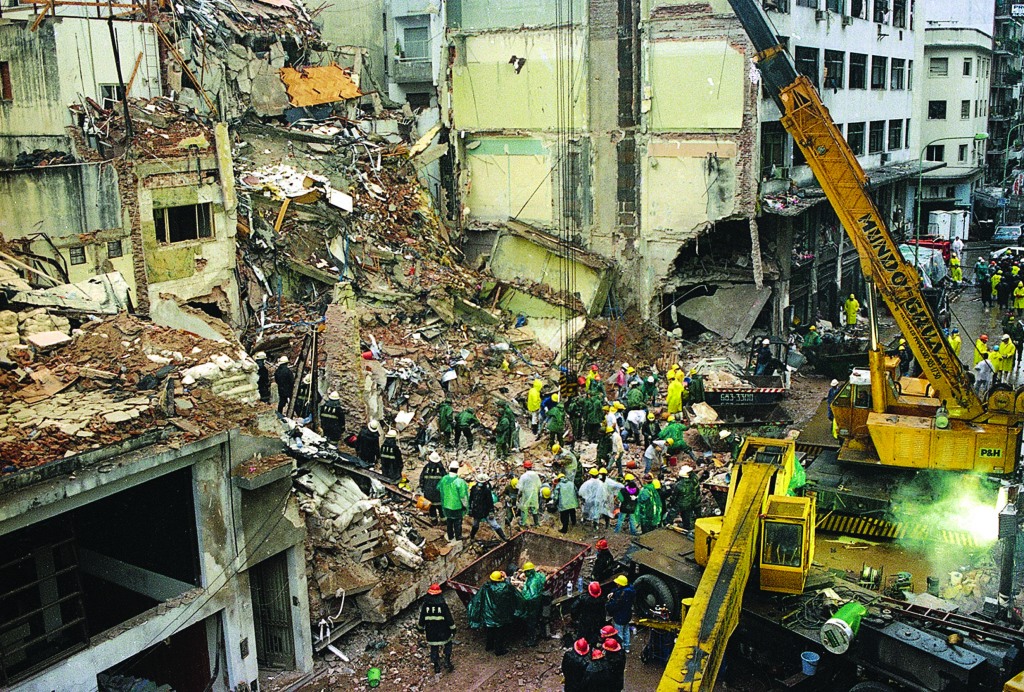 The special prosecutor assigned by the government of Argentina to the case unequivocally identified Iran and its proxy, Hezbollah, as the responsible parties, and provided Interpol with the names of six suspects. Interpol has issued red notices for their capture, but none has yet been extradited or arrested, and one of them, Ahmed Vahidi, the current Iranian defense minister, travels the world with impunity.

This anniversary comes as Iran is striving to attain nuclear capability in defiance of international opinion, and its president denies the Holocaust and threatens to destroy Israel. At the same time, Iran is engaged in an aggressive policy of outreach to several countries in Latin America, exploiting anti-American sentiment and offering monetary incentives.

AMIA is an AJC international partner, and AJC has stood at the side of the local Jewish community from the first moments of the tragedy, when an AJC group traveled to Buenos Aires, calling for justice and warning about the ongoing Iranian attempts to gain a foothold in the Western Hemisphere. This year once again, AJC Miami and its Latino and Latin American Institute are key conveners of a community-wide event to remember the atrocity and call for justice.