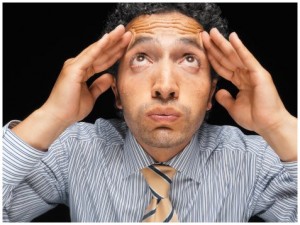 As the New Year dawns, it is a time when many look to the upcoming months full of optimism and hope. Unfortunately, when it comes to economic expectations this optimism may not be felt this year. When asked to compare to last year, just 14% of Americans say they feel more secure about their financial situation while two in five (41%) say they feel less secure and 41% say they feel the same as last year.  At the end of 2010, one in five U.S. adults (19%) said they felt more secure while 42% felt less secure; 36% felt the same as the previous year.

These are some of the results of The Harris Poll of 2,237 adults surveyed online between December 5 and 12, 2011 by Harris Interactive.

A look at household finances
One in five Americans (19%) ended 2011 saying they expected their household’s financial condition to be better in the next six months, half (53%) believe it will remain the same and 28% believe it will be worse. Last January, as 2011 dawned, over one-quarter (27%) believed their household’s financial situation would be better in the coming six months, 27% believed it would be worse and under half (46%) believed it would be about the same.

Again, looking at political party, Republicans are more pessimistic than Democrats are about the coming six months. Just one in ten Republicans (9%) believes their household’s financial condition will be better compared to 30% of Democrats. Among Independents, one-third (33%) believe the financial condition of their household will be worse in the next six months while 17% believe it will be better.

So What?
In 1992, as Bill Clinton was running for election, his campaign came up with the one mantra they would use throughout the general election – “it’s the economy, stupid.” The thought was that people were hurting and as long as the campaign could show their candidate had answers to help, they would prevail.  They were right and it just proved something long known in politics – people vote with their wallets. This election will be more of the same and people are hurting. President Obama needs to shore up his economic approval number to have a chance of prevailing in the general election.

TABLE 1
PRESIDENT OBAMA’S JOB RATING ON THE ECONOMY – TREND
“Now, turning to something different, how would you rate the overall job that President Barack Obama is doing on the economy?”

Note: Percentages may not add up exactly to 100% due to rounding; *In February “Not at all sure” was offered as a response choice and 4% responded in that way.

TABLE 2
PRESIDENT OBAMA’S JOB RATING ON THE ECONOMY – BY POLITICAL PARTY
“Now, turning to something different, how would you rate the overall job that President Barack Obama is doing on the economy?”

Note: Percentages may not add up exactly to 100% due to rounding; * indicates less than .05%

TABLE 3
FINANCIAL SECURITY
“Compared to last year, how secure do you feel about your financial situation?”

Note: Percentages may not add up to exactly 100% due to rounding

TABLE 4
FINANCIAL SECURITY – TREND
“Compared to last year, how secure do you feel about your financial situation?”

Note: Percentages may not add up to exactly 100% due to rounding

TABLE 5
PERSONAL FINANCIAL EXPECTATIONS FOR THE NEXT 6 MONTHS – TREND
“Thinking about your household’s financial condition, do you expect it to be better or worse in the next 6 months?”

Note: Percentages may not add up exactly to 100% due to rounding.

TABLE 6
PERSONAL FINANCIAL EXPECTATIONS FOR THE NEXT 6 MONTHS – BY GENERATION AND POLITICAL PARTY
“Thinking about your household’s financial condition, do you expect it to be better or worse in the next 6 months?”

Note: Percentages may not add up exactly to 100% due to rounding.

Methodology
This Harris Poll was conducted online within the United States between December 5 and 12, 2011 among 2,237 adults (aged 18 and over). Figures for age, sex, race/ethnicity, education, region and household income were weighted where necessary to bring them into line with their actual proportions in the population. Propensity score weighting was also used to adjust for respondents’ propensity to be online.

About Harris Interactive
Harris Interactive is one of the world’s leading custom market research firms, leveraging research, technology, and business acumen to transform relevant insight into actionable foresight. Known widely for the Harris Poll and for pioneering innovative research methodologies, Harris offers expertise in a wide range of industries including healthcare, technology, public affairs, energy, telecommunications, financial services, insurance, media, retail, restaurant, and consumer package goods. Serving clients in over 215 countries and territories through our North American and European offices and a network of independent market research firms, Harris specializes in delivering research solutions that help us – and our clients – stay ahead of what’s next. For more information, please visit www.harrisinteractive.com.