Consumer Reports subscribers rated Wegmans, Trader Joe’s, Publix and Fareway tops among 52 of the nation’s major grocery stores. While most respondents were quite satisfied with their experiences, the survey also revealed even some of the high-rated chains gave plenty of shoppers something to complain about.

One-third of subscribers surveyed said they had given the heave-ho to a nearby grocery store. Forty-three percent changed their grocer in search of lower prices; about 25 percent cited poor selection, long lines, or lousy food; 17 percent blamed employee rudeness; 14 percent, the crowds.

Of the 24,203 readers who told Consumer Reports about 42,695 supermarket experiences, more than half had at least one complaint about their current store; almost a third cited two or more.

The biggest gripe overall: Not enough open checkouts (cited by 27 percent of shoppers), followed by congested or cluttered aisles and advertised specials that were out of stock. Other irritants included inept bagging, missing prices, and scanner overcharges. 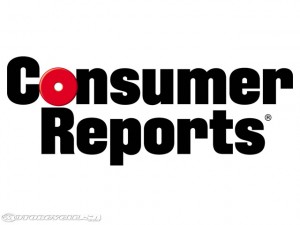 No chains tried their customers’ patience more than Walmart Supercenter, Pathmark (Northeast), and Pick ‘n Save (Wisconsin), where roughly three-fourths of shoppers had one or more problems. Shoppers who frequented Walmart, the nation’s largest grocer and the chain with the most shoppers in our survey, were most likely to be miffed about the lack of open checkouts, out-of-stock regular items, indifferent employees, spotty pricing, and confusing store layout. Thirteen percent of respondents shopping at Pathmark said they’d been overcharged, almost twice the average rate in Consumer Reports survey.

Fortunately, most consumers have several shopping choices, and some supermarkets gave customers much of what they want. National grocers Costco and Trader Joe’s, along with Fareway Stores (Midwest) and Wegmans, offer quality meat and produce, a clean shopping environment, and very good or exceptional prices. All but Costco also earned the highest possible marks for service, defined as employee courtesy and checkout speed. Service is minimal at warehouse clubs such as Costco, and lengthy lines are a trade-off for day-in, day-out deals.

Complete grocery store ratings on all 52 national and regional chains, more tips to save, and more on the latest traps and store trends are availably in the Consumer Reports May issue or online at www.ConsumerReports.org starting April 3, 2012.

Also in the report, Consumer Reports found you can save hundreds, even thousands  of  dollars a year by doing a little homework and adjusting shopping habits. Consumer Reports’ shopping expert Tod Marks cut his bill by as much as 60 percent on a market basket of 20 everyday products by using different shopping strategies. First he impulse-shopped and it cost $164.28 for all 20 items.

He pared the cost of the same list to $93.12 as a savvy-store shopper using coupons, saving-club cards, eyeing weekly flyers, and other techniques. As a warehouse-club shopper he trimmed his expenses even further, to $67.64. But as a store-brand fan, Marks was able to fill his cart with all 20 items for $66.23—almost 60 percent cheaper than his original impulse shopping trip.

The full price comparison for all 20 items is available in the May issue of Consumer Reports and online atwww.ConsumerReports.org starting April 3, 2012.

Supermarkets are giant selling machines in which traffic patterns, product placement displays, and smells encourage shoppers to open their wallets. CR’s latest report offers advice to resist both the hard and soft sell:

Consumer Reports is the world’s largest independent product-testing organization. Using its more than 50 labs, auto test center, and survey research center, the nonprofit rates thousands of products and services annually. Founded in 1936, Consumer Reports has over 8 million subscribers to its magazine, website and other publications.  Its advocacy division, Consumers Union, works for health reform, food and product safety, financial reform, and other consumer issues inWashington, D.C., the states, and in the marketplace.

Sponsored: Who says you cannot afford insurance? See why more and more people are getting Celtic Insurance. Visit this site for a free quote today!
All opinions expressed on USDR are those of the author and not necessarily those of US Daily Review.