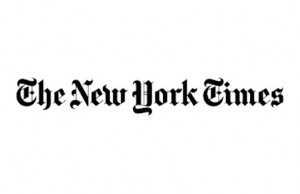 Is the New York Times Behind "Jihad"?

The producers of the critically-acclaimed documentary, The Third Jihad: Radical Islam’s Vision for America, have produced a new short video exposing the recent New York Times and Council of American Islamic Relations (CAIR) campaign to smear The Third Jihad.

The new short video entitled Anatomy of a Smear is available online at http://www.thethirdjihad.com

The Third Jihad was recently the subject of debate when the New York Times rehashed a year-old story that the New YorkPolice Department (NYPD) was using the film in its counter-terrorism training program.

Anatomy of a Smear documents the blatant inaccuracies, misquotes, omissions and innuendos of New York Times articles and editorials aimed at discrediting The Third Jihad as “hateful” and Islamophobic.

“Claims that The Third Jihad is an anti-Islam film are ignorant and misinformed,” says Raphael Shore, Producer of The Third Jihad.  “Those that have blasted the film are attempting to stifle an important debate about the internal state of the Muslim community in America, and whether politicized Islam and indoctrination pose tangible security threats,” Shore said.

The Third Jihad, narrated by devout Muslim and US Navy veteran Dr. Zuhdi Jasser, opens with the following frame in bold letters for all viewers to read: “This is not a film about Islam.  It is about the threat of radical Islam.  Only a small percentage of the world’s 1.3 billion Muslims are radical.”

The new video, Anatomy of a Smear demonstrates how the New York Times and CAIR campaign is a real-time example of cultural jihad, a strategy to use the banner of political correctness to manipulate American institutions and culture, the very subject of The Third Jihad.

As part of the campaign, CAIR called for the resignation of NYPD commissioner Raymond Kelly, one of many high-level interviewees featured in the film.  The Brennan Center for Justice, who is cited as a source by the Times then published its own opinion piece calling for an independent inspector general to “police the NYPD.”

CAIR itself has established terror ties, as documented in The Third Jihad, and was designated by the U.S. Justice Department as an unindicted co-conspirator/joint-venturer in the Holy Land Foundation Trial, the largest terror-funding trial in America’s history.

The Third Jihad has received significant praise outside of the New York Times articles, including by American Muslim leaders.

A recent statement by the American Islamic Leadership Council reads, “We have viewed The Third Jihad, and regard the information presented therein to be both factually accurate, and important for our fellow Muslim and non-Muslim citizens to understand, debate and address. The Third Jihad explicitly distinguishes between the religion of Islam, and the highly politicized ideology of religious hatred, supremacy and violence characteristic of political Islam, often referred to as ‘Islamism.'”

Rudy Giuliani called the film, “a wake up call for America.”

“It is imperative that The Third Jihad reaches a mass audience in the U.S. so that the urgency of this threat becomes clear to the American public,” said US Rep. Ros-Lehtinen (FL), Chairwoman of the House Foreign Relations Committee.

Senate Minority Whip Jon Kyl (AZ) said, “The Third Jihad alerts Americans to the dangers of Islamic radicalization in our own communities. Zuhdi Jasser is sounding the alarm before it is too late.”

“We hope that the general public will consider the sensitive content in the film, and will not simply accept the baseless innuendos being made in the media.  We invite the general public to watch and judge the documentary for themselves,” Shore said.

The Third Jihad is now available for free viewing online at http://www.thethirdjihad.com.