Following news that the NSA has been collecting the telephone records, call location, duration, time and unique identifiers of Verizon customers in the U.S. for the past seven years, FreedomWorks President Matt Kibbe had the following to say to US Daily Review.

“The iceberg just got a little bigger. The NSA’s eavesdropping on innocent civilians joins a long list of 4th Amendment violations in the U.S. that are surfacing in recent weeks. We are witnessing the arrogance of the political elite, the government feels it is entitled to know the minutiae of the lives of private citizens regardless of whether they are suspected or charged with a crime.” 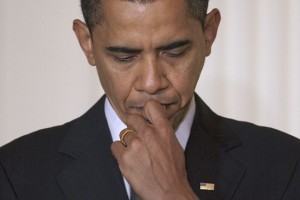 “President Obama didn’t start the assault on privacy, but he’s certainly doing nothing to stop it. The NSA is seizing phone records, and the Supreme Court is allowing DNA swabs to be taken without consent. The Justice Department is spying on reporters, the Homeland Security Department is searching travelers’ laptops based on a ‘hunch,’ and the IRS is targeting groups of citizens based on expressed political beliefs. It doesn’t stop there- The federal government is building massive databases that will contain all civilian medical records mandated by ObamaCare, and the educational and biological information (including iris scans) collected through the federally-mandated educational curriculum Common Core, which tracks children from preschool to high school graduation.”

FreedomWorks is mobilizing members to demand that Congress take action to curb this horrendous abuse of power.

Kibbe added, “Citizens of all races, creeds, and political affiliations will not tolerate a continued erosion of our civil liberties. FreedomWorks plans to launch a comprehensive educational campaign with our members, as well as new communities, to train citizens on how to exercise their basic constitutional rights. Whether it’s a Republican or a Democrat occupying the White House, this is what big government looks like, unless we act now to stop it.”