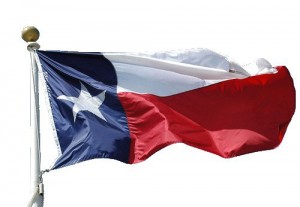 Republicans, especially in border states, are terrified by the prospects of easing the path to citizenship for illegal immigrants. The reasons range from more noble ones (immigrants often compete for the very few jobs available for the many low skilled U.S. workers) to more political ones (if they could vote, it would likely be for Democrats). This is a hot issue in the state of Texas and the race for Lt. Governor between Republican state senator Dan Patrick and Democrat state senator, Leticia R. Van de Putte, has largely become a referendum on the immigration issue. Patrick has a significant lead in the polls.

But illegal immigrants becoming citizens are not the only way the state of Texas could eventually become a stronghold for Democrats, there is another way and the GOP is actually behind it.

Texas Republican nominee for governor, Gregg Abbott recently did a commercial in which he boasts about the major migration of individuals from the state of California to Texas in search of better jobs and opportunities. This translates into a dream for chambers of commerce promoting the business virtues of their communities in the Lone Star State, but a potential nightmare for the GOP in trying to maintain political control of it.

Major news sources love monitoring migration trends among states. The Census Bureau has been watching these trends also, and what you find “between the lines” is really quite interesting.