Public company executives may be in for a surprise lawsuit. Despite the odds that they and their directors will be sued in the next 12 months, a new Chubb Public Company Risk Survey has found that more than 80 percent believe this is unlikely.

“This general lack of concern is disconcerting especially in light of the fact that the directors and officers of nearly one in four (23%) of the public companies we surveyed already have been sued. In addition, activities such as mergers and acquisitions and enforcement of anti-bribery laws are increasing directors’ and officers’ exposure to future suits by shareholders, regulators, customers, vendors and competitors,” said Evan Rosenberg, senior vice president and global specialty lines manager for Chubb.  “Companies that actively manage this exposure have a greater chance of receiving more favorable terms and pricing for their directors and officers liability insurance.” 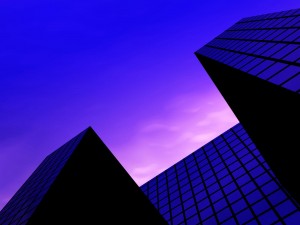 Merger and acquisition activity was reported to have increased more than 14 percent last year, noted Rosenberg.  Sixty-four percent of the Chubb survey respondents have been involved in a merger, acquisition or restructuring over the past two years. Despite a 90% chance that a company targeted for acquisition will be sued by its shareholders, the survey found that many companies are not fully prepared for managing the risks. More than one-quarter of companies (26%) do not have documented merger and acquisition protocols and have no plans to develop them in the next 12 months.

“While M&A-related lawsuits may be covered by the company’s directors and officers liability policy, documented protocols may help improve the company’s defense in court or result in a lower settlement amount,” said Rosenberg.

Rosenberg also said company executives should be concerned about more aggressive enforcement of the Foreign Corrupt Practices Act (FCPA) in recent years by the U.S. Securities and Exchange Commission and the Department of Justice. The FCPA makes it illegal for companies to bribe or otherwise make payments to foreign officials or companies either directly or through third parties to obtain or retain business.

In 2011, there were a record-high number of settlements for FCPA violations. Yet a majority of Chubb’s survey respondents (78%) are not worried about an investigation due to an FCPA violation, and 13% have decreased the financial and human resources the company allocates toward mitigating losses related to the law.

“An FCPA investigation can cost a company millions of dollars, and violators have faced enormous fines,” said Rosenberg. “D&O policies can cover directors’ and officers’ defense costs for an alleged FCPA violation and fines for non-willful violations of the act.”

The Chubb Public Company Risk Survey was conducted by Pollara, an independent public opinion and market research firm. The firm conducted telephone interviews with decision makers at 145 public companies in the United States and Canada.