With the Atlantic hurricane season now under way, people on the various coastlines that are subject to such storms should always be prepared for the possibility of severe weather.

“Last year, the remnants of Hurricane Irene and Tropical Storm Lee brought historic flooding and destruction to the state,” said Pennsylvania Emergency Management Agency (PEMA) Director Glenn M. Cannon, who noted that two unusually early tropical storms formed during May. “Everyone should take advantage of this ‘calm before the storm’ to prepare for severe weather.” 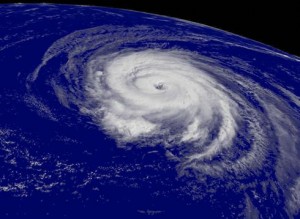 Families should prepare for two scenarios in the event of severe weather: to remain in their homes during the duration of a storm, or to evacuate if it is recommended or ordered by local authorities.

Residents should always have enough provisions in their homes to last at least 72 hours because help from emergency responders may not be immediately available when severe weather strikes.

Other disaster preparedness supplies to have at the ready include:

If residents are ordered by local officials to evacuate, they should do so without hesitating and should take important documents with them, including:

“Planning what you and your family would do and how you would communicate before and during an emergency makes sense because ultimately, it could save the lives of those you love,” Cannon said.

Cannon noted that the beginning of hurricane season is a good time to review insurance policies for adequate coverage on property.