The Heritage Foundation will host a distinguished panel next Monday, April 23rd, to preview the arguments next week before the Supreme Court.  To RSVP, click here. 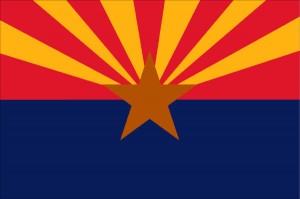 Recall that on May 26, 2011, the Court issued its 5-3 decision in Chamber of Commerce v. Whiting that upheld the Legal Arizona Workers Act of 2007, allowing the state to require employers to use the E-Verify system and revoke the business licenses of employers who knowingly hire illegal immigrants.  After that decision, we wrotethat the impact of that common sense ruling was to give states “a license to enforce immigration laws.”

The legal issue before the nations’ highest court next week is whether federal immigration law prevents Arizona from engaging in cooperative law enforcement and impliedly preempts four provisions of S.B. 1070.   That law allows an Arizona law enforcement officer who stops someone based on reasonable suspicion that they committed a crime—if the officer develops independent reasonable suspicion that the person is an illegal alien—to question the person about his nationality.

That common sense procedure is necessary to fight the disruptive influx of illegal aliens in the state, and does not violate federal immigration law according to the State of Arizona.  Arizona claims that that provision of the law has been narrowly tailored to prevent racial profiling.  Opponents of S.B. 1070, including illegal aliens’ rights groups and the Obama Justice Department, claim that the law is preempted by federal immigration law and thus is unconstitutional.

There are similarities between the case last year and the one presently before the High Court.

First, Supreme Court Associate Justice Elena Kagan recused herself in the Whiting case.  As Obama’s former Solicitor General, in charge of all matters before the Court, she decided not to take part in the case, hence the eight votes (5-3) instead of the typical nine voting members in a typical decision.  She has recused herself in the S.B. 1070 for next week as well.

Second, the Obama administration has joined forces once again with advocates for illegal aliens, including the ACLU, MALDEF, National Council of La Raza, and the American Bar Association (among others) in the case against Arizona.  They lost last year, and may lose again, based in part on the reasoning set forth in the Whitingcase.

Former Solicitor General Paul Clement, who recently argued before the Supreme Court on behalf of 26 states in the Obamacare case, will represent the State of Arizona.  In the first sentence of his brief to the Court, Mr. Clement explains the negative impact of the federal governments’ uneven enforcement of immigration laws on Arizona saying, “Arizona shoulders a disproportionate burden of the national problem of illegal immigration.”

Those problems include increased crime by illegal aliens and staggering financial costs in areas of crime control, medical expenses, and education.  Arizona has spent hundreds of millions of taxpayer money to cover the cost of illegal immigration in its state along.  As Arizona’s brief before the Court states, “The public-safety and economic strains that this places on Arizona and its residents have created an emergency situation, which demanded a response.”  That response was S.B. 1070.

How the Court will ultimately rule is anyone’s guess.  But the Obama administration has an uphill battle because of the Court’s ruling in Whiting.  As we wrote last year,

Whiting settles the broad question of whether immigration enforcement is exclusively assigned to the federal government: It is not. Federal immigration laws “expressly contemplate and authorize cooperative law enforcement efforts between federal and state officials.”  Despite wishful claims to the contrary, Whiting does have strong predictive value, and it will be powerful precedent in the forthcoming S.B. 1070 case.

Given that the Arizona statute carefully tracks with existing federal laws, the Obama Justice Department will have to assert some flavor of implied preemption to support its claim of unconstitutionality. But as the Court said in Whiting, “Implied preemption analysis does not justify a ‘freewheeling judicial inquiry into whether a state statute is in tension with federal objectives’; such an endeavor ‘would undercut the principle that it is Congress rather than the courts that preempts state law.’”

Thus, the Court recognized its proper role in Whiting and its decision gives us a hopeful outlook for the fate of S.B. 1070.

Sponsor: Are you familiar with the VIZ Biz opportunity? Take advantage of a perfect storm that can help you grow your personal economy and health.