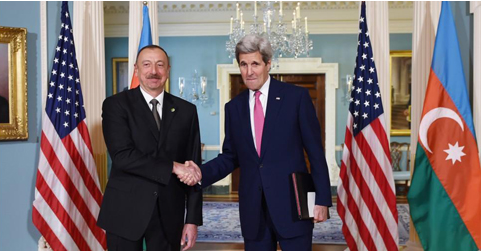 By Embassy of the Republic of Azerbaijan to the United States

Embassy of the Republic of Azerbaijan to the United States — Over the last several days the Armenian military units stationed on the occupied territories of Azerbaijan have significantly increased the intensity and frequency of heavy weapons fire and attacks on Azerbaijani positions and civilian settlements across the Line of Contact. These major violations of the cease-fire regime by Armenian forces claimed lives of both Azerbaijani uniformed personnel and civilians and have caused a severe destruction of normal civilian life. Throughout the protracted Armenia–Azerbaijan conflict the overwhelming majority of civilian casualties have occurred among the Azerbaijani population. The judicial authorities of Azerbaijan launched criminal cases after two civilians were confirmed dead and ten more severely injured as a result of artillery shelling of a civilian settlement by Armenian  military.

Azerbaijani armed forces responded to the Armenian attacks in defense of civilian population within Azerbaijan’s internationally-recognized borders. On April 3, Azerbaijan declared a unilateral cease-fire; this peaceful initiative was rejected by the Armenian side, which continues its attacks despite Azerbaijan’s offer of peace. As a result of Armenia’s aggressive posture, the situation along the front-line remains tense and civilian lives in areas adjacent to the Line of Contact at risk. This shows clearly which side initiated this escalation of  violence.

The latest ceasefire violations by Armenia clearly aim to change the regional narrative from cooperation and development to the one of hostility and violence. This is especially obvious against the background of positive results and dynamics of the 4th Nuclear Security Summit for our region. In a sad and pathetic attempt to justify their own international isolation and the de-facto loss of state sovereignty, the Armenian leaders chose to reignite the conflict and once again challenge peace and security in the South Caucasus. In so doing, they caused losses of Azerbaijani and Armenian  lives.

Although tragic, this shouldn’t be entirely unexpected as Armenia’s current leadership rose to power through violence against civilians, including their own citizens, and by promoting conflict. In fact, every time there is a renewed hope for peace, the Armenian side resorted to disruption by violent means to desperately maintain the status-quo of illegal occupation and ethnic cleansing. Importantly, world leaders repeatedly described the status-quo as  unacceptable.

As Armenian forces continue to violate cease-fire with increasing intensity, it is abundantly clear that the immediate beginning of the long-overdue withdrawal of Armenia’s military from Azerbaijani occupied lands as stated in the United Nations Security Council Resolutions 822 (1993), 853 (1993), 874 (1993) and 884 (1993) is the most urgent step in direction of a peaceful resolution of this protracted  conflict.

The Foreign Ministry of Azerbaijan stated: “The military occupation of the territory of Azerbaijan does not represent a solution and will never produce a political outcome desired by Armenia. The sooner Armenia reconciles with this reality, the earlier the conflict will be resolved and the region will benefit from the prospects of cooperation and economic  development.”

SOURCE Embassy of the Republic of Azerbaijan to the United  States