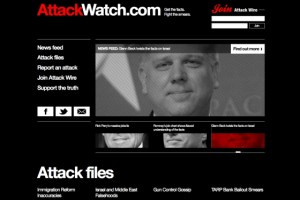 Barack Obama’s “Obama for America” group has launched a website called AttackWatch. And what this site is supposed to do, ostensibly, it is to provide a place for Americans to snitch on their fellow Americans. Well, to be honest, if I report that Barack Obama is the worst president ever because of his economic, military, constitutional rights, energy, immigration, healthcare policies, then little Obamaites can run to AttackWatch.com and report me. AttackWatch will kindly then provide them all the facts and figures to counter my “attack.” Because to Barack Obama, facts are not acceptable, they are ATTACKS! (His emphasis, not mine.)

Then they decided it would be a brilliant idea to create a Twitter account called @AttackWatch and a hashtag called #AttackWatch. I do believe that’s where their biggest mistake was made.

New York Magazine calls it “Obama assuming a fighting stance with AttackWatch.com website,” I call it the height of ridculousness in an already farcical campaign. And you should have seen it hit the Twitterworld Tuesday night. If Barack Obama thought anyone with an iota of common sense would take this site seriously, he was dead wrong.

Conservatives from every camp went crazy on Twitter. Not in anger, but in sheer disbelief and the hilarity ensued for hours and continues to this day. We are all doing our patriotic duty and reporting like mad.

@CounterAtkWatch – Dear @attackwatch Susie said Obama was a poopie head and I said I’m telling, and she was like you better not, and I was all like, watch me.

@iowahawkblog: #AttackWatch having a rough day over there at the Ministry of Truth, aren’t we? #BigBrotherFAIL

@AttackCatWatch: #AttackWatch is the new Angry Birds! Everybody’s doin it!

@Talkmaster (Neal Boortz): If I’m not on #AttackWatch by the end of the day I haven’t done my job.

@thorninaz: Hey #attackwatch, I saw 6 ATM’s in an alley, killing a Job. It looked like a hate crime!

The Drudge Report is streaming the thread #AttackWatch, a new Facebook Group popped up, blogs are popping up everywhere, and I’m writing an article about it. And why is that? Well, it’s not because it was such an all-fired brilliant move by Barack Obama. Personally, I find it to be the most boneheaded move any candidate, let alone a sitting president, has ever made.

Moving away from the frivolity, let’s take a look at the site itself. Does the site go after the Republican candidates? Oh, a little. But it also goes after Glenn Beck and Jerome Corsi too. (I’m rather insulted I’m not enough of a threat to warrant a story on AttackWatch.com. What’s a girl gotta do to be taken seriously around here?)

On the issues, Obama actually has the nerve to have included the following statement on the site: “President Obama’s opponents have falsely suggested that the President has not been a strong ally to Israel.” And it just gets better and better.

If you’re an Obamaite you better run right over and report this article because Barack Obama is officially the worst president in history of the United States. And I’d offer you the facts behind that statement, but it’d probably scare you too much.

Record wins for the GOP on Tuesday night in New York and Nevada and Barack Obama launches…AttackWatch. How many days does this guy have left? Are we there yet?

Candace E. Salima is a syndicated talk show host, author, and columnist. Learn more about her at www.CandaceSalima.com. Follow her on Twitter @CandaceSalima