Memorial Day weekend should be a time for barbecues, family and fun. Yet, for many consumers who participate in recreational ATV riding over the holiday weekend, it can be tragic instead of fun.

Reports analyzed by the U.S. Consumer Product Safety Commission (CPSC) show that during the four days of the 2012Memorial Day weekend, there were at least 14 deaths and an estimated 2,750 emergency room treated injuries associated with ATV usage. That works out to an average of four deaths and 700 injuries each day. Two of the fourteen fatalities during that weekend involved children under age 16.

“As the temperatures rise around Memorial Day, there is also a disturbing rise in ATV-related deaths and injuries,” said CPSC Chairman Tenenbaum. “If you plan to ride an ATV this weekend, ride safe, ride smart, and stay alive.” 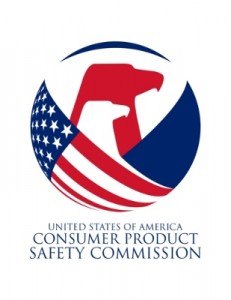 ATVs continue to be the fourth most deadly product CPSC oversees, with more than 700 ATV-related deaths per year.

In addition to a spike in reported deaths and estimated injuries associated with the Memorial Day holiday, CPSC staff’s analysis of reported ATV-related fatalities from 2005 through 2007 indicates a springtime surge, as well.  During those years, on average, reported fatalities jumped 55 percent from March to April. In these same years, reported deaths peaked in July with an average of 18 children and 85 adults killed in ATV-related incidents.

CPSC warns all ATV riders, young and old, to make this holiday weekend and the rest of the riding season safer by following these basic rules of the trail:

To learn more and to read the full report, visit www.ATVSafety.gov.

ROVs have been associated with more than 170 deaths over the past 10 years. Rollovers have caused severe injuries and death, even on flat, open terrain.

CPSC encourages ROV drivers and passengers to follow these guidelines:

The U.S. Consumer Product Safety Commission is charged with protecting the public from unreasonable risks of injury or death associated with the use of thousands of types of consumer products under the agency’s jurisdiction.  Deaths, injuries, and property damage from consumer product incidents cost the nation more than $1 trillion annually.