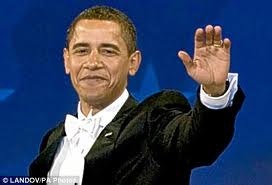 Last week, President Barack Obama took the latest step on his road toward an arrogant, new authoritarianism with four illegal appointments that entirely trampled on the Constitution’s requirements. More troubling still, the President chose to shred the Constitution all in the name of serving his Big Labor agenda while killing jobs in the process.

The President’s actions once again gave voice to his animating view of governing: doing so is much easier when one isn’t constrained by the Constitution and its checks and balances. “We can’t wait,” the President exclaimed after unilaterally appointing Richard Cordray as director of the newly inaugurated Consumer Financial Protection Bureau (CFPB). He also appointed three officials to the National Labor Relations Board (NLRB), two of whom had been nominated less than a month before.

The policy implications of the President’s appointments? The CFPB will now have unmitigated authority to issue regulation upon regulation, contributing to the already-crippling red tape that is strangling business in America. And the NLRB will have the power to advance the President’s agenda to bolster unions across the country at the expense of job growth in a smarting economy.

For what, exactly, can’t the President wait, exactly? Quite simply, constitutional republicanism — the system of checks and balances integral to American government and political freedom. He grew impatient with the delays that inevitably accompany any legislative action an acted outside the Constitution’s mandated process. But the American people should ask, “Is such action really preferable to a deliberative, if slower-moving, constitutional republic?”

The President’s appointments last week, troubling as they are, are but the next steps on the road to a despotic form of governance that has come to characterize his Administration — and all of liberalism in America today — what authors Fred Siegel and Joel Kotkin termed in City Journal this week Obama’s “New Authoritarianism.” Frustrated by the unwillingness of the people’s representatives to enact his agenda wholesale, Obama has, from early in his Administration, sought to enact a series of proposals through administrative fiat, not the legislative process:

While these efforts are all aimed at circumventing the legislative process, none was so brazen as his four illegal appointments. Last week, Obama went one step further: He violated not just the spirit of the Constitution, which vests in Congress the power to make laws, but the letter of the law as well.

The move is “a breathtaking violation of the separation of powers,” explain former U.S. Attorney General Ed Meese and Heritage colleague Todd Gaziano, a former attorney in DOJ’s Office of Legal Counsel, in a Washington Post column. “[N]ever before has a president purported to make a ‘recess’ appointment when the Senate is demonstrably not in recess,” they note. “That is a constitutional abuse of a high order.”

Dr. Matthew Spalding, vice president of American Studies and director of the B. Kenneth Simon Center for Principles and Politics at The Heritage Foundation, explains that this “new despotism” — a government where regulations and unilateral actions replace republican governance — runs entirely counter to the Founders’ vision of America:

The greatest political revolution since the American Founding has been the shift of power away from the institutions of constitutional government to an oligarchy of unelected experts. They rule over virtually every aspect of our daily lives, ostensibly in the name of the American people but in actuality by the claimed authority of science, policy expertise, and administrative efficiency.

If this regime becomes the undisputed norm — accepted not only among the intellectual and political elites, but also by the American people, as the defining characteristic of the modern state — it could well mark the end of our great experiment in self-government.

President Obama’s actions are exactly the kind that the Founders feared and sought to guard against. His illegal appointments usurp power from the American people’s duly elected representatives, and the regulations they will promulgate will, undoubtedly, contribute to the unabated growth of the undemocratic administrative state.

Now that the President has crossed the threshold of constitutionality, there really is no telling where he may stop. There is a clear trend here, however, and it leads further and further from the constitutional order. With these illegal appointments, the President has taken to new heights his disdain for the separation of powers. Whether it will stop here depends on Congress — Will lawmakers of both parties reassert the legislature’s constitutional authority and take a stand against Obama’s arrogant new authoritarianism?