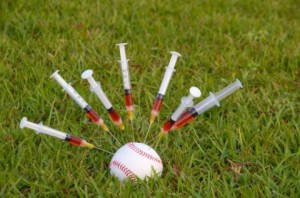 Former White House Drug Policy Spokesman Bob Weiner, who helped create the World and US Anti-Doping Agencies, today said, “Baseball is full of sound and fury signifying nothing, to use the Shakespeare phrase.  The Mitchell report—commissioned by MLB itself—said that HALF of all players are dirty and use performance enhancing drugs.  Because of the intransigence of the union, Baseball refuses to regularly test all players and now is forced to seek what outside evidence it can scramble together to catch a few players.  The rest of the players know that the risk is little.  What about all the players using doctors and clinics OTHER than Biogenesis, in other places Baseball does NOT have the documentation from – which is everywhere else?”

“The penalties are a joke,” Weiner continued. “If these players were in the Olympics or USA Track and Field, for example – the Gold Standards of testing – each player’s first major finding like this would cause a two-year ban—a real penalty.  Fifty games is less than a third of a season.  These guys will be back for the Playoffs!  Baseball is not serious.”

“Even Rodriguez only loses $34 million of his $100 million salary.  Poor boy!  And if he appeals long enough, since he’s 38, he still plays and he’s ready for retirement when he’s done.  So what if a suspension then kicks in?”

Frank Shorter, the US Anti Doping Agency’s first chair, spoke at Weiner’s White House farewell in 2001 and said “Bob created my job.” Weiner coordinated White House sports drug messaging at the Sydney Olympics and was the World Anti-Doping Agency’s U.S. spokesman at the Salt Lake Olympics. He is currently a nationally ranked masters runner.  “I care about this issue and am infuriated when professional sports scam the public to claim they are actively stopping drugs and cheating when they actually do as little as they can get away with.”