Social media can be intimidating for the newcomer, whether a personal or a business account.  But it doesn’t have to be.  There are some companies, and individuals, who are using social media to enhance what they are doing in their business, political or personal lives.  The good thing about them is that you can easily study how they do what they do before you commit to an account yourself, and start learning before you take the plunge. 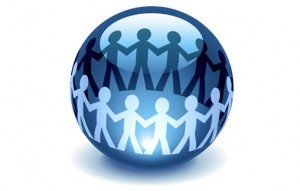 Social media can enhance your brand, but it won’t likely establish it.  Social media like Twitter and Facebook can easily take what you do to new outlets.  It can help you build up an online following for a blog, a candidate, a website, a business; but unless your business consists of posting online all day, it can’t establish anything for you. Think of social media as a component part to your operation, not THE operation.  Just like an e-mail client or a loyalty card, social media is just one tool in the toolbox.

Purpose is key to social media; without it, you can end up wasting resources and time for little return.  A candidate’s account should focus on aiding the campaign – that’s easy.  However, for elected officials, businesses or individuals, purpose becomes less clear.  Taking time to craft a brief statement of purpose before venturing online can provide that brief, and often necessary, moment in time in which to answer the questions “How does this message advance my goals?” and “Is this what I REALLY want to say right now?”

So who are some model social media users?  There are quite a few that have mastered the art of connecting with others:

Lowe’s Home Improvement  – Not only does Lowe’s keep their Facebook Page light (Have you ever found your keys in the freezer? Buy your energy-efficient key holder for 10% off.) but also use that tone to help suggest purchases to their customers (Who’s scared to open their July electric bill? Weather stripping shrinks heating & COOLING bills.)  In addition, Lowe’s holds a “Last-Minute Gift-a-Thon” event on their Facebook page, offering special limited deals right before Christmas in an amusing and very popular online discount event.

Think Geek – This online purveyor of geek-themed shirts, toys, games and other fun stuff is serious about their Twitter account.  While engaging in the typical promotion tweets, Think Geek also engages their online following as well.  In their feed you can find them tweeting followers advice, silliness, answers to questions, as well as general conversation and merriment.  Almost every tweet sent out from Think Geek is directly to another Twitter account, proving that having a dedicated online presence that is knowledgeable about the product lines and the customer base wins.

Newark Mayor Corey Booker  – Newark mayor Corey Booker gained fame (and much online credibility) during the massive snowstorms of late 2010.  While New York mayor Michael Bloomberg made speeches bragging Broadway was still running, even as people were snowed in,   Mayor Booker was helping out by shoveling snow himself.  But the kicker was Booker’s Twitter feed, where he used reports from residents to direct road crews and other assistance where it was needed.  Responsive government, and great goodwill for an elected official.

Melissa Clouthier – An early adopter on just about every social media platform there is, Melissa has used her platform to be a force both politically and socially.  She tweets and retweets politicians, bloggers, artists, photographers – anyone she feels has something interesting to say.  She also passes on useful information as she finds it, and engages in rigorous debate when she finds it necessary.  She’s been a model of the ability to incorporate social media into ordinary life, which makes her extraordinary.

Felicia Cravens walked away from her accounting degree over a decade ago to become a stay-at-home mom.  Since then, she has filled her “spare time” teaching drama in an after-school program and working in conservative politics.  She founded the Houston Tea Party Society in 2009, serves as a frequent media contact, and trains and equips people new to the political process.  She can be found on Facebook and Google+, and on Twitter as @somethingfishie