By TrueCar.com, Special for US Daily Review. 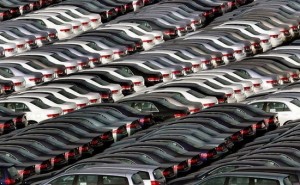 Just in time for Mother’s Day, TrueCar.com, the authoritative voice in new car pricing and industry trend information, has identified the 10 Most Popular Cars for Moms. Based on 2011 data received from women with children about the cars they drive, the findings place the Honda CR-V at the top of the list, followed by the Nissan Altima, Honda Odyssey, Subaru Outback, and Honda Pilot.

“The data shows moms prefer vehicles that combine practicality with style,” said Kristen Andersson, Senior Analyst at TrueCar.com. “Bigger is not always better when it comes to moms’ favorite vehicles as evidenced by the lack of any Large SUVs and only one minivan in the overall top ten.”

Some of the key findings of the data include:

For more information about the vehicles in this chart, visit the TrueCar Blog.

According to a company statement, “TrueCar, Inc. is an online automotive information and communications platform focused on creating a better car buying experience for dealers and consumers.  Consumers want a hassle-free car buying experience and dealers want high-quality sales velocity.  TrueCar helps achieve these goals by providing unbiased market information on new car transactions and by supplying an online communications platform through which dealers and consumers can communicate with each other.  TrueCar’s market-based information provides both consumers and dealers with an accurate and comprehensive understanding of what others actually paid recently for similar vehicles, both locally and nationally.  TrueCar’s communications platform then allows informed, ready-to-buy consumers to communicate directly with participating dealers.  Some of the nation’s largest and most well respected membership and service organizations rely on websites powered by TrueCar to help educate their members and customers who are in the automotive market.  TrueCar is headquartered in Santa Monica, CA, and has offices in San Francisco, CA, and Austin, TX.  After experiencing dramatic growth since 2006, TrueCar is developing a suite of products and services centered on radical clarity through the comprehensive analysis of market data and information.  TrueCar’s participating dealer partners have sold over 500,000 new vehicles to TrueCar users nationwide.”