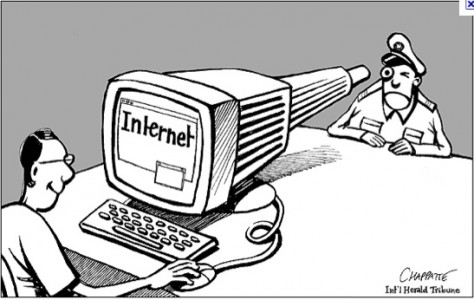 Two experts in North American telecommunications policy each issued clear warnings about government policy that diverts from the framework that has allowed the Internet to flourish and promote innovation.

The speakers, former official for the Federal Communication Commission (FCC) official Angela Giancarlo, and Dr. Ramiro Tovar Landa, Director of Economic Regulation at the Autonomous Technological Institute of Mexico each made convincing cases about the dangers of imposing a heavy regulatory burden on telecommunications services and the negative effect on consumers.

The remarks come as the FCC is set to address key issues surrounding the future of broadband.  The speakers presented to policy and thought leaders at a May 13 panel discussion hosted by The Alliance on Innovation and Development, an organization that supports increased access and advancement in telecommunications as a key factor in promoting economic growth.

Giancarlo previewed the FCC upcoming open meeting agenda, and discussed the dangers of net neutrality. Giancarlo pointed out that “The reason why [the American] wireless sector is the best in the world is because of the light regulatory footprint” imposed on it by government.  In addition, Giancarlo pointed out a fact that too often goes unmentioned in the debate over Net Neutrality.  She pointed out that Net Neutrality cannot really exist because there is always a need to manage network traffic. The difference between the current system and what misguided proponents of Net Neutrality want is that currently it is highly trained network engineers who make decisions about how to route traffic, rather than unelected and unaccountable government bureaucrats.

Dr. Tovar gave a sobering account of how badly consumers have it under the enormous regulatory system in Mexico–a warning for those who want to stray from the lighter regulatory burden that has helped broadband thrive elsewhere.  Recent changes in law there have forced the largest wireless provider to allow competitors to use the incumbent network for free, and the results have been predictable.  One such effect is that instead of competing for customers through better services and lower prices, companies resort to trying to see who can persuade policymakers to hand them more favors.  “In such an environment, some competitors always want support–finding it better to compete in Congress or in the regulatory offices rather than in the market through efficiency and innovation,’ said Dr. Tovar.

Video of the event is available on the website of the Alliance for Innovation:
http://alliance4innovation.org/which-way-forward-telecom-policy-at-the-crossroads/