The Citizens Committee for the Right to Keep and Bear Arms today is calling on New York Attorney General Eric T. Schneiderman to investigate whether any laws have been violated by New York Mayor Michael Bloomberg for apparently operating a website for Mayors Against Illegal Guns that is reportedly registered to a New York City government server, and allegedly administered by city employees.

“On top of everything else that has been revealed in recent days about Bloomberg’s MAIG group padding lists of so-called ‘gun victims’ with the names of criminals and a terrorist bombing suspect, this new discovery is an outrage that demands a criminal investigation,” said CCRKBA Chairman Alan Gottlieb. “He’s spending millions of his own dollars on anti-gun politicking around the country, but apparently to offset his expenses, he’s letting taxpayers – many of whom oppose his restrictive gun policies – help foot the bill.”

CBS News picked up the story from various other sources and began reporting about it over the weekend. Politico also has reported on the discovery. 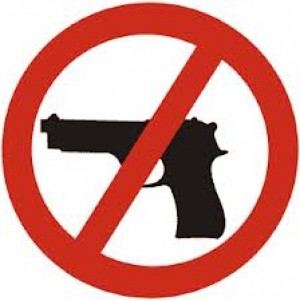 “With each day there appears to be something else questionable about the mayor and his anti-gun organization,” Gottlieb observed. “It’s no wonder that Rockford, Illinois Mayor Larry Morrissey dropped out of the MAIG over the weekend.”

Gottlieb was referring to a story that Politico reported about Mayor Morrissey. The Illinois mayor quit Bloomberg’s group, telling an audience at a Saturday meeting that – according to Politico – the group “strayed from its original mission and became too focused” on pushing for ban on so-called “assault weapons.”

“While it was deceptive to include the names of criminals killed by police and law-abiding citizens on a list of alleged ‘gun victims’,” Gottlieb said, “that’s just being politically dishonest. But operating an anti-gun political website on the city server, apparently with city employees doing the work; if that’s true, that may be a crime and it should be investigated.”