The median total cost of compensating the Board of Directors was $2.6 million in 2011, an increase of +3% over 2010 levels.  This was driven by a +2% increase in the median value of equity granted, to a total of $1.35 million, while total cash payments remained constant at $1.1 million.  During this same period, median stock price change among the companies in the study was flat. 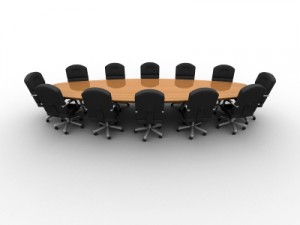 Results are based on a study of 100 early filers within the S&P 500 Index recently completed by executive compensation consultancy Steven Hall & Partners.  The study examined the aggregate amounts of cash, equity, and other compensation paid to Directors, as disclosed in proxy tables.

“These findings suggest that companies are taking a conservative approach with respect to Director compensation in light of continuing economic uncertainty,” said Joseph Sorrentino, Managing Director of Steven Hall & Partners.  “Interestingly, although changes in Director pay are commensurate with the modest increases observed for executive salaries, our work with clients suggests that Director workloads are growing quite significantly as Directors become even more engaged in addressing critical corporate governance issues such as successful passage of Say on Pay ballot initiatives.”

The study reaffirms the long-term trend of eliminating the use of stock options in favor of full-value grants, such as restricted stock or restricted stock units.  In 2011, only 17% of companies granting equity to non-employee Directors awarded stock options, compared to 23% in 2010.  During the same period, the prevalence of full-value awards among companies granting equity increased to 97% from 95% in 2010.

“The long-term movement away from stock options is reflective of the continued belief that, as a matter of good governance, Directors should be owners of the company rather than optionees,” said Devin Reilly, also of Steven Hall & Partners.  Mr. Reilly added, “This sentiment is also reflected in an increased emphasis on meaningful share ownership guidelines for Directors, further underscoring the desire for Directors to have a significant ownership stake in the company.”

Summary of Board Costs

Among the same companies over the same period, at median:

The study analyzed non-employee Director compensation data as disclosed in proxy statements filed in 2011 and early 2012 for 100 companies within the S&P 500 Index.  For additional details regarding the study please contact Steven Hall Jr. at 212-488-5400 or sehall@shallpartners.com.