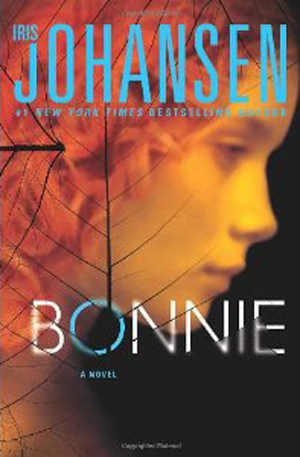 With 100 books under her belt, New York Times bestselling author, Iris Johansen, has delivered top notch suspense year after year, after finally leaving the romance which made her famous. I wasn’t a big fan of her romance, but am a huge fan of her suspense, specifically her Eve Duncan series.

With this latest book, Ms. Johansen finally answers the question plaguing her readers since October of 1998. Who kidnapped and killed Eve Duncan’s daughter, Bonnie.

The truth has eluded her for years. . . . Now is she ready to face it?

When Eve Duncan gave birth to her daughter, she experienced a love she never knew existed. Nothing would stand in the way of giving Bonnie a wonderful life—until the unthinkable happened and the seven-year-old vanished into thin air. Eve found herself in the throes of a nightmare from which there was no escape. But a new Eve emerged: a woman who would use her remarkable talent as a forensic sculptor to help others find closure in the face of tragedy. Now with the help of her beloved Joe Quinn and CIA agent Catherine Ling, Eve has come closer than ever to the truth. But the deeper she digs, the more she realizes that Bonnie’s father is a key player in solving this monstrous puzzle. And that Bonnie’s disappearance was not as random as everyone had always believed.

In October of 1998 I read the first of the Eve Duncan series. I was completely drawn into Eve’s tragedy and immense courage after marshaling herself and became the world’s leading forensic sculptor. Focusing on missing children, worldwide, Eve identifies missing children while never finding her own. With 14 books in the series, I wondered if Iris Johansen would ever allow Eve, and the readers, to know what had happened to her daughter, Bonnie.

Bonnie brings us the long awaited answer with one unrelenting surprise after another in a well-written, well-crafted story of suspense, fear, and deep heart-wrenching emotion as Eve Duncan, Joe Quinn, and other characters added throughout the series, finally find the answer Eve has long sought, who ripped Bonnie from her life.

Bonnie is a satisfying conclusion to the Eve and Quinn trilogy and a must-buy. I’ve already added it to my home library where it will stay. In fact, it was so good that I am going to start with the very first Eve Duncan book and start reading again, beginning to finish. With my schedule, I should be done by, oh, 2013.